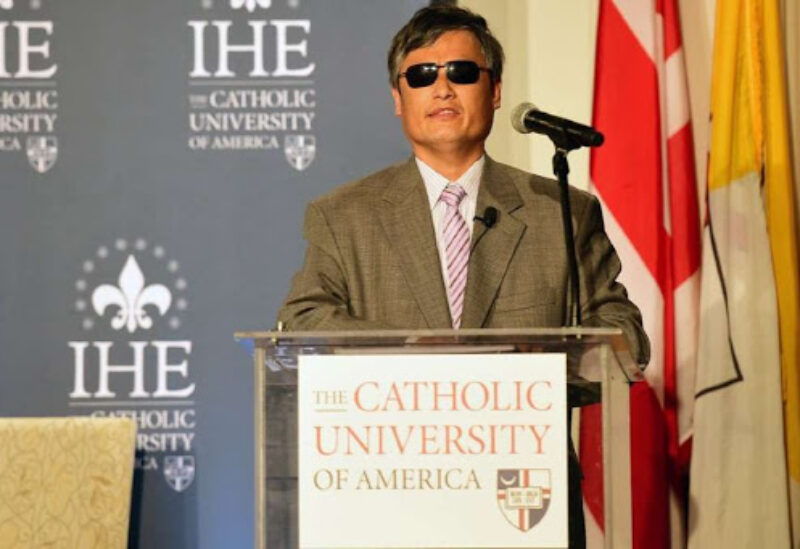 Chen Guangcheng, a blind civil rights activist who gained the spotlight after he started raising issues related to poor human rights in the rural areas of China, and escaped from his home country to the United States in 2012, has finally received American citizenship.Popularly known as a “barefoot lawyer”, Chen gained international recognition when he exposed China’s forced abortions and harassment of parents against China’s controversial ‘one-child policy’.

After he organised a class-action lawsuit against the officials in Linyi, Shandong province, he was prosecuted for several weeks and was then placed under house arrest from September 2005 to March 2006.

His house arrest was followed by a prison sentence of four years. However, after serving his full time, he was once again put on ‘soft detention’, which was yet another house arrest.

This time, however, reports started emerging of him and his wife being beaten up by authorities, a little after some human rights activists released a video online of his house being managed under police surveillance.

As the torture, reportedly, increased, Chen escaped house arrest in 2012 and took shelter in the Embassy of the United States in Beijing. He was allowed to leave the embassy for medical treatment in May 2012, and a few days later his wife and children were also allowed to leave for the US.

The 49-year-old has been vocal in raising concerns about the poor human rights in the country. He has also supported former US President Donald Trump in his fight to “stop China’s aggression”.

“The human rights situation is getting worse and worse,” he said. “As people in China are more aware of their rights as they get more information online, and have more demand for their rights, the Communist Party is becoming more and more worried about losing their control and power, and that results in them using more and more force to suppress the people to protect the control of the power.”

Now, after almost 15 years of citizenship battle, Chen has managed to become a permanent resident and citizen of the United States. Chen said he is “very grateful that America, this free country, has welcomed us”.