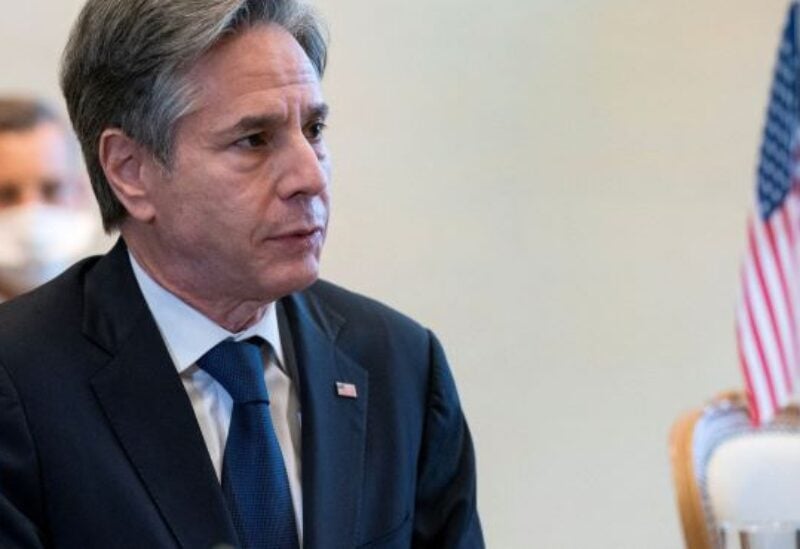 U.S. Secretary of State Antony Blinken said he will speak to Russian Foreign Minister Sergei Lavrov on Saturday, and that Washington was prepared for either diplomacy or “aggression” from Moscow over the crisis in Ukraine.

U.S. President Joe Biden and his Russian counterpart Vladimir Putin will speak on Saturday as Western nations warned a war in Ukraine could ignite at any moment.

Blinken told reporters in Fiji that if Russian President Vladimir Putin was genuinely interested in resolving the escalating standoff through diplomacy, Washington was prepared to play its part but would impose swift economic sanctions if Moscow invades.

“I continue to hope that he will not choose the path of renewed aggression and he’ll chose the path of diplomacy and dialogue,” Blinken told a news conference after meeting Pacific Island leaders. “But if he doesn’t, we’re prepared.”

Tensions have built steadily, with the United States and allies urging their citizens to leave Ukraine, warning Moscow could invade at any time. Russia has repeatedly disputed Washington’s version of events, saying it has massed more than 100,000 troops near the Ukrainian border to maintain its own security against aggression by NATO allies.

“If President Putin decides to take military action, we will swiftly impose severe economic sanctions in coordination with allies and partners around the globe,” Blinken said. “We will bolster Ukraine’s ability to defend itself, we will reinforce our allies on eastern flank of NATO.”

He said he would ask Lavrov about Russia’s response to U.S. proposals to resolve the crisis.

“So far, we’ve only seen escalation from Moscow. This is a pivotal moment: we’re prepared for whatever should happen.”

Asked about a report th United States would evacuate its embassy in Kyiv given the warnings of an imminent invasion by Russia, Blinken said he would have more to say about the embassy in the coming hours.