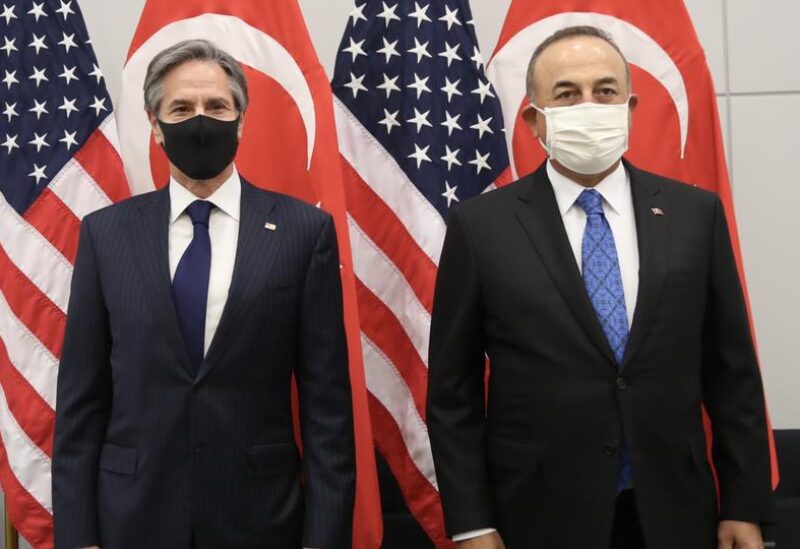 US State Department said in a statement today that US Secretary of State Antony Blinken, in a meeting with Turkish Foreign Minister Mevlut Cavusoglu on Wednesday, urged Ankara not to retain Russia’s S-400 missile defense system.

Turkey has also drawn widespread criticism for its decision, announced Saturday, to pull out of the Istanbul Convention, the latest victory for conservatives in President Recep Tayyip Erdogan’s nationalist party.

The administration of President Joe Biden is still formulating its overall policy on Turkey — but insists that it sees the country as a key ally.

“It’s no secret that we have differences with Turkey,” Blinken said at the two-day NATO meeting on Tuesday.

“It’s also no secret that Turkey is a long-standing and valued ally, and one that I believe we have a strong interest in keeping anchored to NATO.”

On the other hand, it is expected that Mr Blinken will not ask US allies to choose between ” them or us”, referring to china.