Bodies of 16 migrants massacred in Mexico arrive in Guatemala 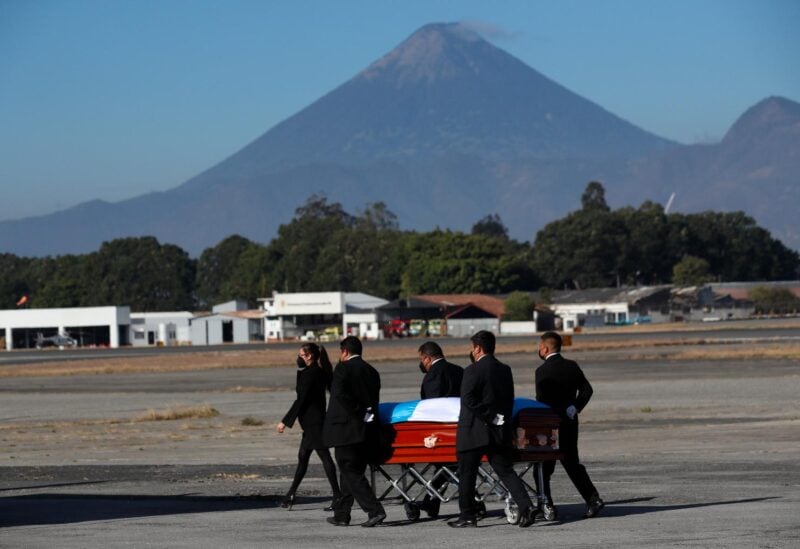 Mexico on Friday returned the bodies of 16 Guatemalan nationals massacred in one of its northern border states, a case that caused renewed consternation about the dangers faced by migrants bound for the United States.

The bodies, some badly charred and with gunshot wounds, were found in January along a migrant smuggling route in a remote area of Tamaulipas state in the municipality of Camargo.

Covered with Guatemalan flags, the coffins arrived in the morning in Guatemala City. Relatives who had traveled in the same plane from Mexico City held photographs of the dead.

“I want to express my deepest regret and condolences to the families of the 16 victims of the Camargo massacre,” Guatemalan President Alejandro Giammattei said at the airport. “We will exhaust all the options to find out who was responsible.”

Giammattei asked for a minute of silence before his speech, and expressed his condolences to every family.

Every year, thousands of Central Americans and Mexicans flee poverty and violence to seek a better life in the United States. Many fall victims to crime on the perilous journey.

In this case, no one has been held responsible for the killings. Investigators had said they suspected at least a dozen state police of involvement.

Later in the day, the bodies will be transported to Comitancillo, in western department of San Marcos, to be buried in their place of origin.

Authorities had identified the bodies using DNA samples after relatives of the missing came forward.

Immigration from Central America and Mexico has returned to the forefront of regional affairs since U.S. President Joe Biden took office in January vowing to roll back the hardline policies of his predecessor Donald Trump.