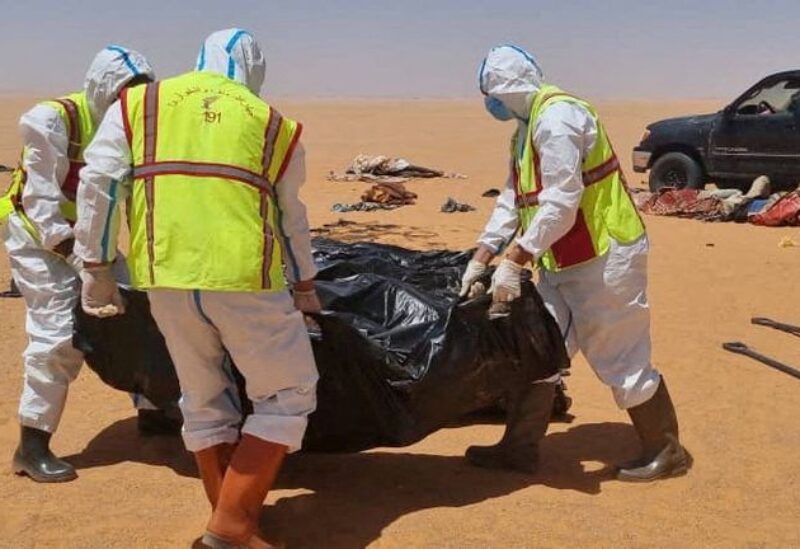 Security personnel recover the body of a migrant in the area between Kufra city and Chadian border with Libya June 28, 2022. Courtesy of Kufra ambulance service head Ibrahim Belhasan /Handout via REUTERS

The ambulance service announced on Wednesday that the bodies of 20 migrants who got lost in the Libyan desert near Chad had been discovered, along with images of them laying around a black pickup truck on the sand.

The dead were retrieved on Tuesday about 320 kilometres southwest of Kufra and 120 km from the Chadian border after being found by a truck driver driving through the desert.

“The driver got lost … and we believe the group died in the desert about 14 days ago since the last call on a mobile phone there was on June 13,” Kufra ambulance chief Ibrahim Belhasan said by phone.

Two of the bodies were Libyans and the others were believed to be migrants from Chad crossing illegally into Libya, Belhasan said.

Libya has become a major launching point for migrants seeking to reach Europe via the dangerous route across the desert and over the Mediterranean.

However, despite the conflict, its oil-based economy is also a draw for migrants seeking work.