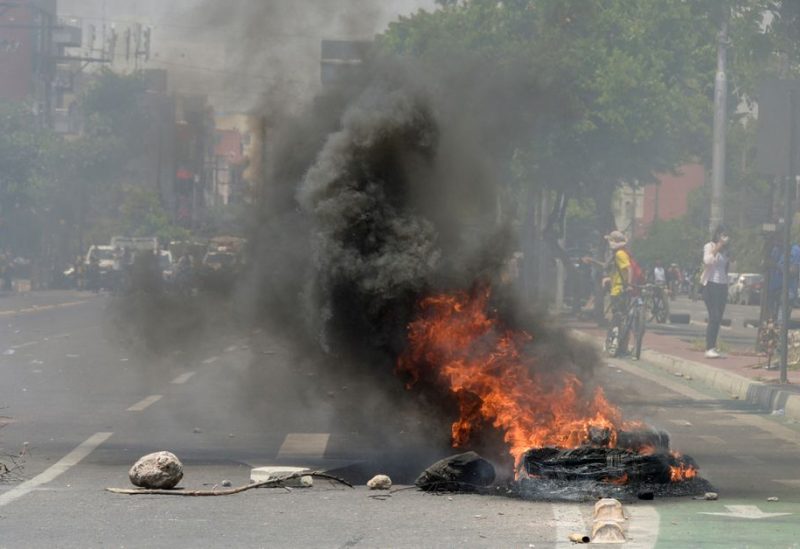 A burning barricade set by demonstrators is pictured during a protest as part of a general strike demanding that authorities hold a census next year before elections in 2025, in Santa Cruz, Bolivia November 11, 2022. REUTERS/Andrea Martinez NO RESALES. NO ARCHIVES

Bolivia will hold its first census in more than a decade in 2024, President Luis Arce said in a midnight speech on Saturday, a year later than the opposition had demanded, as protests in parts of the country entered their third week.

The largest city, Santa Cruz, a relatively prosperous farming hub and opposition stronghold, has come to a halt in recent days due to a general strike demanding that the census be held next year, ahead of elections scheduled for 2025.

In an apparent bid to calm the waters, Arce said the census would be held on March 23, 2024, or three months before a previous government deadline.

“We have a responsibility to carry out a quality census in which everyone participates,” Arce said. “We call for the return of calm, peace and normality in the department of Santa Cruz.”

The three weeks of protests have killed four and injured more than 170, the government said. It has blamed the surge of violence on Santa Cruz Governor Luis Fernando Camacho, who began the strike on Oct. 22, along with other opposition groups.

Arce said distribution of benefits based on census results would come in September 2024, a month prior to the original date proposed.

Regional and opposition groups say the socialist government in La Paz delayed the census as it would have given them more seats in Congress and more state resources.

Recent years of migration from rural areas to Santa Cruz could disadvantage the governing Movement to Socialism party in Congress, former Economy Minister Oscar Ortiz said in an opinion column.

“Demographic trends don’t favor them,” Ortiz added. “It is going to be increasingly difficult for them to guarantee the legislative majorities they have enjoyed in the past.”