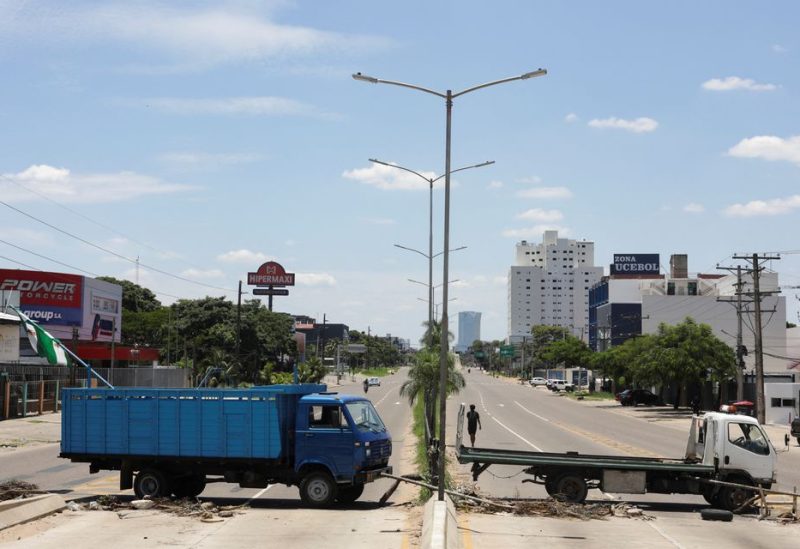 Protesters in Santa Cruz, Bolivia’s relatively prosperous farming region, attacked buildings, burned cars, and blocked highways on Friday as part of a 24-hour strike in response to the arrest of the regional governor, a right-wing opposition leader.

Protesters in parts of the provincial capital set fire to cars and tires and hurled fireworks at police, who used tear gas to disperse the crowds as night fell.

Pedro Vaca, Special Rapporteur for Freedom of Expression for the Inter-American Commission on Human Rights (IACHR), said in a post on Twitter he was receiving reports of “severe attacks” on the media, attributed to police deployments.

“I call on the authorities to give public instructions to their agents on the duty to guarantee freedoms of press, peaceful assembly and association,” he said.

During the day, largely peaceful groups had protested around the city by blocking roads with tires, rocks and flags strung across streets as blockades.

Camacho was detained Wednesday on a charge of “terrorism” for his alleged involvement in 2019 political unrest that saw then-President Evo Morales flee the country.

He was sentenced to four months of pre-trial detention late Thursday and was transferred to a maximum security prison early Friday morning.

Camacho has maintained his innocence and called his arrest and transport to La Paz, the country’s capital, a kidnapping. Prosecutors denied the arrest was a kidnapping or politically motivated.

The governor became a face for the right-wing opposition movement as a civic leader who called for Morales to step down in 2019. On Twitter Friday morning, Camacho’s communications team said the fallout from the contested election “was not a coup, it was fraud.”

Camacho also led weeks-long protests snarling trade from the region through last month, calling for the government to move up a census date that would likely give Santa Cruz more political representation and tax revenues.

The government has not said how it will respond to Friday’s roadblocks, though some military forces were spread throughout Santa Cruz late Thursday. In the last round of protests, government-allied groups violently clashed with Camacho supporters.

Meanwhile, some companies said they would pause sales while Camacho remained in jail.