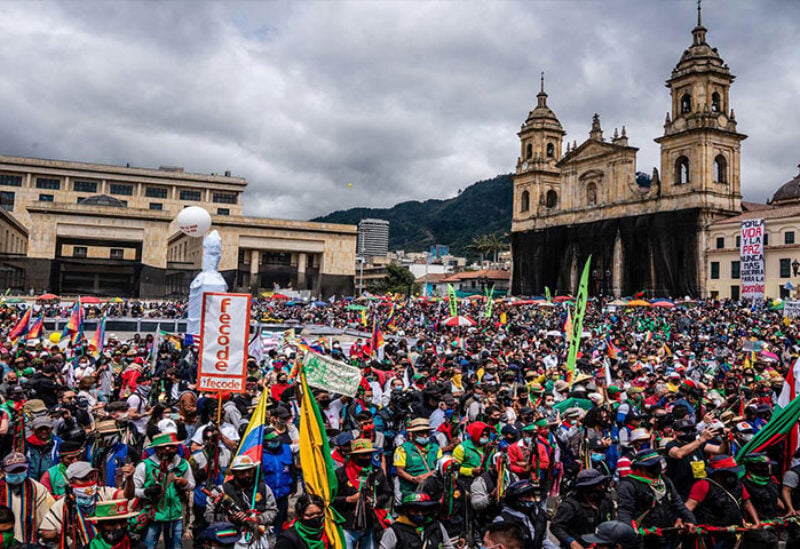 Tens of thousands of people in cities across Bolivia took to the streets on Monday night to protest against the arrest of ex-President Jeanine Anez and other political opponents of the ruling socialist party over allegations they were involved in a coup in 2019.

In the lowland city of Santa Cruz, the largest crowds gathered for a rally around a Christ the Redeemer statue waving Bolivian flags and carrying banners calling for a defense of democracy and freedom.

Bolivia’s leftist government, which came back into power last November, has sought the arrest of a number of former officials, military and civil leaders it accuses of conspiring to oust long-term leader Evo Morales less than two years ago.

Morales, whose MAS party is now back in power, resigned in late 2019 amid widespread protests against his government and after the military urged him to step down. In a power vacuum, Anez, then a Senator, had taken over as interim President.

The arrests have prompted fears of a political crackdown, with criticism from human rights groups and the Organization for American States (OAS), which said the government was using the judiciary as a “repressive” tool.

Anez, a devout Catholic and conservative who led the country for less than a year, was transferred to a La Paz jail on Monday. Others from her government and former military leaders have been arrested too.

“To those prisoners, to those persecuted politicians, we will not abandon you,” Luis Camacho, a civil leader and governor elect for Santa Cruz, said during the rally in the city. “We will be firm because this is going to be a strong fight.”

Camacho, a prominent anti-government figure in 2019, also faces potential arrest according to a warrant seen by Reuters.

Bolivia’s government, now led by Morales’ ally and former economy minister Luis Arce, has repeatedly said the arrests are part of transparent investigations and that it is not persecuting its political opponents.

In the administrative highland capital La Paz, protesters marched through the streets, some with face masks saying “fraud” and a picture of Morales, a reference to allegations made by the OAS he rigged the presidential election in 2019.

“We have proven that this Venezuela-style government has no respect for the popular will,” said protester Olga Flores. “We do not want another MAS (socialist party) dictator in power.”