Bolsonaro and Lula face off in Brazil presidential debate 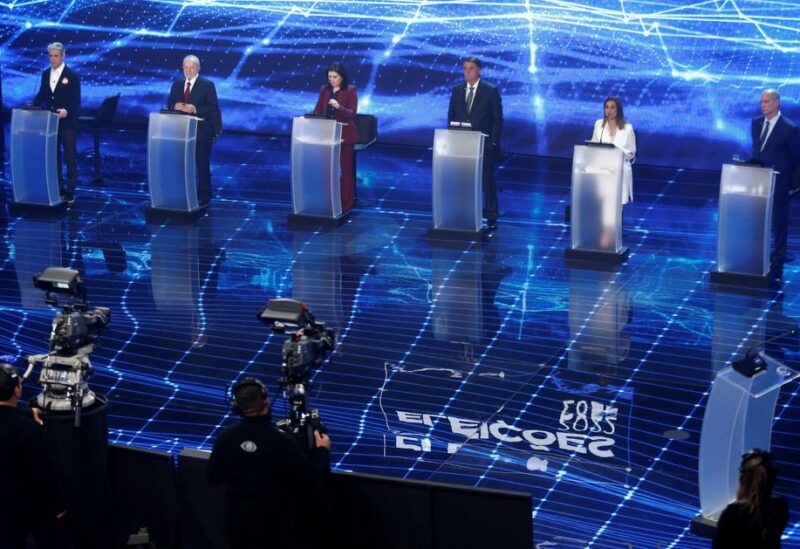 Brazil's main presidential candidates threw down the gauntlet in the first presidential debate for the October general election, accusing each other of corruption and threats to democracy.Right-wing incumbent President Jair Bolsonaro is competing against former President Luiz Inacio Lula da Silva, who left government with unprecedented popularity but was convicted of bribery in 2017.

Brazil’s main presidential candidates threw down the gauntlet in the first presidential debate for the October general election, accusing each other of corruption and threats to democracy.

“Why do you want to return to power? To continue doing the same thing at Petrobras?” Bolsonaro said in the debate between six candidates on Band TV.

Lula, the front-runner in the race who was president from 2003 to 2010, said his government should be remembered for doing the most to reduce poverty.

“The country I left is a country that people miss, it’s the country of employment, where people had the right to live with dignity, with their heads held high,” Lula said. “This is the country that the current president is destroying”.

Lula led Brazil during years of fast economic growth, but was convicted of bribery and jailed for 19 months until his convictions were annulled.

Opinion polls say Lula has a double-digit advantage over Bolsonaro, who has repeatedly attacked Brazil’s electronic voting system, raising fears that he could contest the result if defeated.

Some of the harshest criticism Bolsonaro faced in the debate came from two women among the six candidates.

“We have a president who threatens democracy. We need to change the president,” said Senator Simone Tebet, running for the centrist Brazilian Democratic Movement party when asked how to resolve the current conflict between the Bolsonaro government and the judiciary.

Bolsonaro accused the judiciary of overstepping its bounds when it authorized a police operation targeting several businessmen who backed his re-election after a media report accused them of discussing on social media a coup d’etat if Bolsonaro lost.

Tebet accused Bolsonaro of delaying the purchase of vaccines and spreading fake news about COVID-19, and said she was intimidated by some of his ministers during a Senate investigation into the government response to the virus.

“I am not afraid of you,” she said, pointing her finger at the president.

Bolsonaro denied he was against woman’s rights and said Brazilian women love him because he defends the family and opposes legalizing drugs.

During the debate, however, he attacked female journalist Vera Magalhaes for criticizing him: “You sleep thinking about me … You are a disgrace to journalism.”