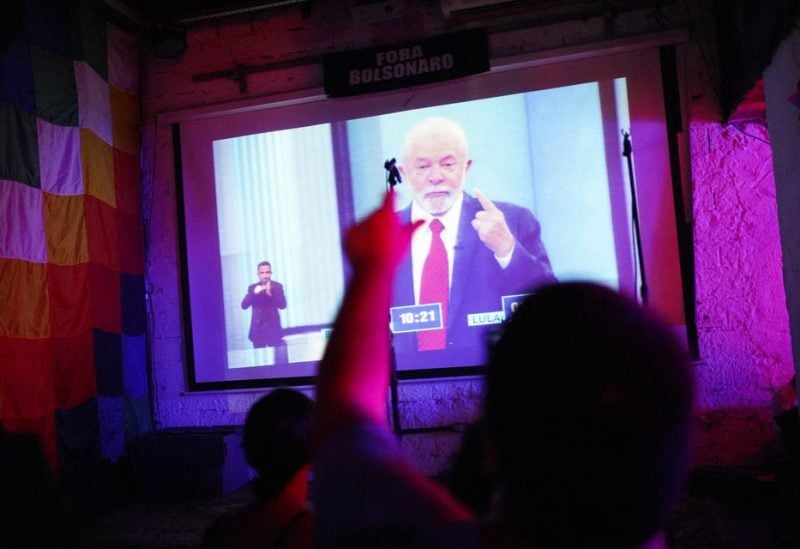 According to polls, Lula is a slight favorite to win a third term, culminating a stunning political comeback that began with his imprisonment for graft charges that were later overturned. However, Bolsonaro surpassed expectations in this month’s first-round vote, and many observers believe the outcome of the election is unpredictable.

During Friday’s free-wheeling debate, the deeply polarizing figures attacked each other’s character and record, accused each other of lying and refused repeatedly to answer each other’s questions.

Bolsonaro opened the debate by denying reports that he might unpeg the minimum wage from inflation, announcing instead he would raise it to 1,400 reais ($260) a month if re-elected, a move that is not in his government’s 2023 budget.

Still, most analysts and focus groups with undecided voters suggested the president had done little to shake up a race that polls show broadly stable since Lula led the first round of voting on Oct. 2 by 5 percentage points.

That result was better for Bolsonaro than most polls had shown, giving him a boost of momentum to start the month, but the past two weeks of the campaign have presented headwinds.

On Sunday, one of Bolsonaro’s allies opened fire on Federal Police officers coming to arrest him. A week earlier Bolsonaro had to defend himself from attack ads after he told an anecdote about meeting Venezuelan migrant girls in suggestive terms.

In their first head-to-head debate this month, Lula blasted Bolsonaro’s handling of a pandemic in which nearly 700,000 Brazilians have died, while Bolsonaro focused on the graft scandals that tarnished the reputation of Lula’s Workers Party.

On Friday night, both candidates returned repeatedly to Lula’s two terms as president from 2003 to 2010, when high commodity prices helped to boost the economy and combat poverty. Lula vowed to revive those boom times, while Bolsonaro suggested current social programs are more effective.