Bolsonaro pledges to keep mining out of Yanomami reservation in Amazon 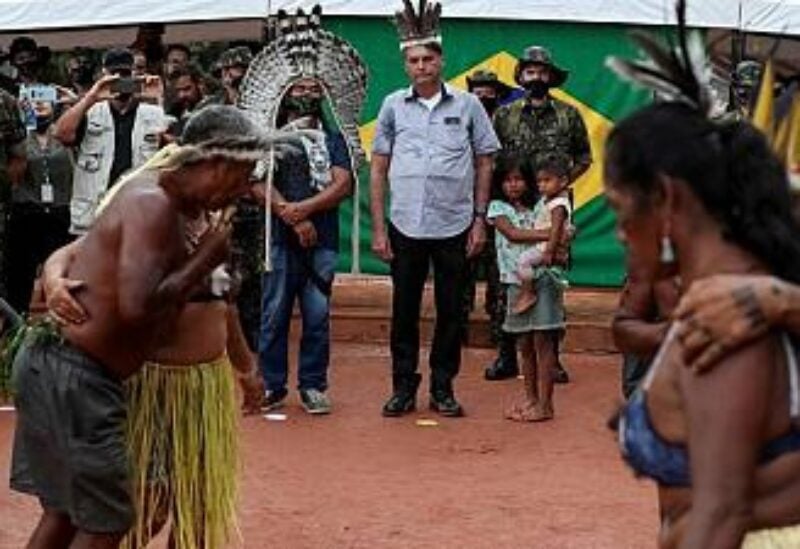 The President of Brazil, Jair Bolsonaro, promised the Yanomami community to respect their desire to avoid mining in the Amazon, although he said he still wanted to seek access for commercial farming and mining to other indigenous lands.

In a social media video late on Sunday the right-wing president has been heard by the local indigenous leaders in Maturacá, a village in the Amazon on the western ends of the reserve of Yanomami.

In the meeting, which took place on Thursday, the leaders asked Bolsonaro to protect their lands from the threat of mining. A Yanomami warrior presented him with a bunch of long arrows that the president held as he spoke to the community.

“Your wishes will be respected. If you do not want mining, there will be no mining,” Bolsonaro said.

But he added that other indigenous people in the Amazon and outside the Amazon wanted to mine their land and grow crops, “and we will respect that right of theirs.”

He promised the Yanomami group that they would not be forced by law to accept mining on their lands.

“It was very good. He made a speech saying that our territory is not threatened by mining,” Jose Mario Goes, head of the Yanomami Association of the River Cauaburi and Tributaries, told Reuters by phone.

Bolsonaro did not discuss the gold rush happening at the eastern end of the Yanomami reservation, in the state of Roraima, where more than 20,000 wildcat miners have invaded protected indigenous lands, bringing in malaria and the risk of COVID-19 infections, as well as incidents of violence.

Bolsonaro visited two indigenous reservations in the Amazon on Thursday for the first time since he became head of state.

However, certain indigenous leaders asked him not to visit the countries, complaining that it was a photo opportunity for his re-election campaign next year, that he only met with unrepresentative leaders.

On Balaio Reservation, the Brasilian army has also established a 20-meter wooden bridge, where indigenous Tukano people live and large niobial stores have been found. Bolsonaro is also a museum.

The metal is used for the production of light steel for jet engines and for other special purposes. In speeches about the untapped riches of the Amazon that Bolsonaro argued must exploit, he regularly mentioned its significance.