Bolsonaro says he has improved, could leave hospital on Friday 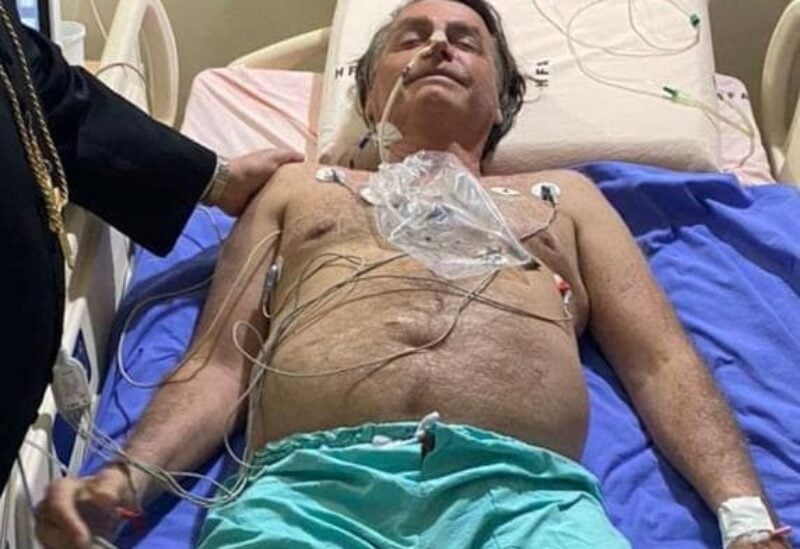 Brazilian President Jair Bolsonaro said on Thursday his condition had improved, making him less likely to face surgery for an obstructed intestine linked to a 2018 stabbing, and that he might leave the hospital on Friday.

“I arrived here yesterday with a very strong chance of surgery, but surgery is now far less likely,” Bolsonaro said in his first spoken comments since his hospitalization on Wednesday morning. He added he is feeling well.

The 66-year-old far-right former army captain, who caught COVID-19 in 2020, has gone under the knife various times since the near-fatal stabbing shortly before his election nearly three years ago.

Appearing in an interview on Rede TV with his doctor, Antonio Luiz Macedo, by his bedside, Bolsonaro said he might leave Sao Paulo’s Vila Nova Star hospital on Friday. Macedo said there was now less blockage in the president’s intestine.

In a Thursday evening statement, Vila Nova Star doctors said there was still no timeline for Bolsonaro’s release but that they had removed a gastric catheter and the president was scheduled to begin eating again on Friday.

In the television interview, Bolsonaro also apologized to supporters he had been due to meet in the northern city of Manaus this weekend. He had scheduled one of the motorcycle ride-alongs he has been doing in recent weeks, ahead of a likely re-election bid next year.

Bolsonaro was checked into a hospital in the capital, Brasilia, early on Wednesday, suffering from chronic hiccups. Later, his office said he would be transferred to Sao Paulo for further testing and possible emergency surgery due to the obstructed intestine.

As news of his worsening condition broke, Bolsonaro posted a photo of himself shirtless with his eyes closed, lying in a hospital bed covered in sensors and cables. Next to him, stood what appeared to be a priest with a crucifix.

The photo, which was accompanied with text railing against his leftist opponents, led some to allege that Bolsonaro might be leveraging his condition for political gain. Many in Brazil believe the 2018 knife attack, and the widespread sympathy it engendered, was a crucial factor behind his election win.

An article in the newspaper Folha de S.Paulo said Bolsonaro’s hospitalization had allowed him to resurrect one of his “favorite personas … that of the political martyr.”

It noted “that Bolsonaro did not invent his health condition” but that his current plight had “immediate utility” as he is “in one of the most pressing moments of his term.”

Bolsonaro’s popularity has sagged due to his handling of the coronavirus pandemic, while senators are probing a corruption scandal over his government’s purchase of vaccines. With nearly 540,000 COVID-19 fatalities, Brazil has the world’s second-highest death toll from the virus after the United States.

A poll published by Datafolha on Thursday showed for the first time, however, that a majority of Brazilians think the pandemic is no longer out of control.