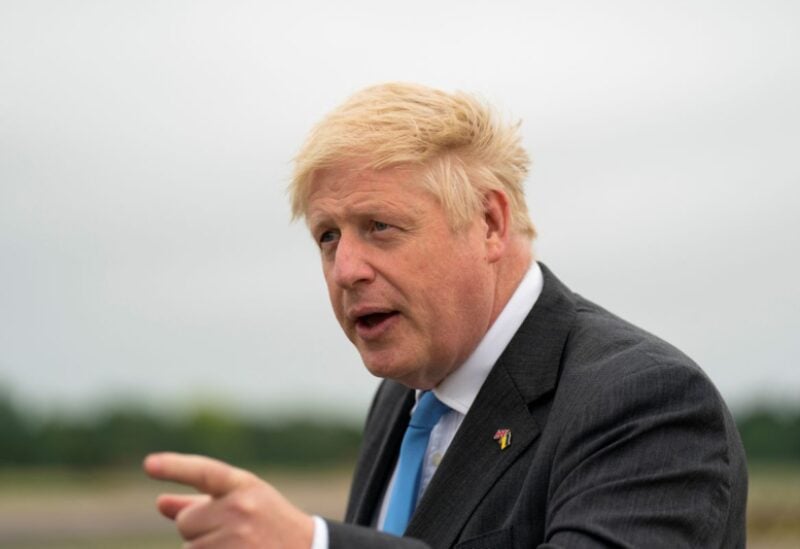 Boris Johnson arrived back in Britain on Saturday as he considers an audacious attempt to win a second term as prime minister only weeks after he was forced to step down, with some colleagues warning his comeback could create more political chaos.

The potential candidates to replace Prime Minister Liz Truss, who dramatically quit on Thursday after only six weeks in power, were embarking on a frantic weekend of lobbying to secure enough nominations to enter the leadership contest before Monday’s deadline.

Johnson, who was on holiday in the Caribbean when Truss resigned, has not commented publicly about a bid for his old job. He has received the support of dozens of Conservative lawmakers, but needs to secure 100 nominations to be considered.

The trade minister James Duddridge said on Friday Johnson had told him he was “up for it”.

Johnson was booed by some passengers on the plane to Britain, according to a Sky News reporter on the flight which arrived in London on Saturday morning.

It would be an extraordinary political resurrection for the former journalist and ex-Mayor of London, who left Downing Street shrouded in scandal but grumbling that his colleagues “changed the rules halfway through” a race – a swipe at the Conservative lawmakers who did not allow him to serve a full term.

Former defence minister Penny Mordaunt became the first candidate to officially declare an intention to run to be the next leader of the Conservative Party, but Johnson and Rishi Sunak, once his finance minister, led potential contenders ahead of voting next week.

The prospect of the return of Johnson to government is a polarising issue for many in the Conservative Party, which is deeply divided after seeing off four prime ministers in six years.

For some Conservative lawmakers, Johnson is a vote winner, able to appeal across the country not only with his celebrity but also with his brand of energetic optimism.

For others he is a toxic figure and the question is whether he can convince the dozens of lawmakers who abandoned him that he is now the person who can unite the party and turn around its flagging fortunes.

“DEATH SPIRAL”
Conservative lawmaker Andrew Stephenson said on Saturday that Johnson is a “tried and tested prime minister” who delivered Brexit, was able to boast of a fast COVID-19 vaccine roll-out, and was among the most vocal supporters of Ukraine.

But his colleague Andrew Bridgen said he would consider resigning from the parliamentary group if Johnson returns and warned the Conservatives against developing a “personality cult” around the former prime minister. Dominic Raab, a foreign minister under Johnson, said the party risked going “backwards” if he returned.

The former Conservative leader William Hague said on Friday Johnson’s return was possibly the worst idea he had heard in almost half a century as a party member. He said it would lead to a “death spiral” for the Conservatives.

If Johnson can secure the required number of nominations, he is likely to go head-to-head with Sunak, who quit as his finance minister in July, claiming that his former boss was unable to take tough decisions.

Sunak is the first leadership candidate to hit the threshold of 100 nominations to enter the contest before Monday’s deadline, according to media reports.

Johnson, who currently has about half the support needed, is currently under investigation by parliament’s Privileges Committee to establish whether he lied to the House of Commons over lockdown-breaking parties. If ministers are found to have knowingly misled parliament, they are expected to resign.

The contest to become Britain’s fourth prime minister in four years has been accelerated to take only a week. Under the rules, only three candidates will be able to reach the first ballot of lawmakers on Monday afternoon, with the final two put to a vote of party members for a result by next Friday.