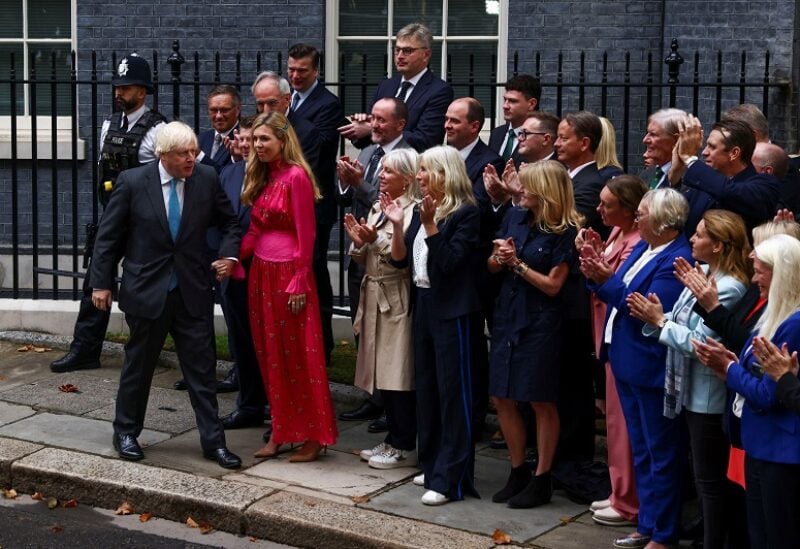 In his final speech as outgoing PM, Boris Johnson described himself as a “booster rocket who has fulfilled his function” and said that he will be supporting the newly-elected UK Prime Minister Liz Truss completely. Johnson thanked the people in attendance but also rued the fact that the baton was passed to Truss “in what has unexpectedly turned out to be a relay race – they changed the rules halfway through”.

This is it folks,” he said during his speech according to Sky News. “Let me say that I am now like one of those booster rockets that has fulfilled its function and I will now be gently reentering the atmosphere and splashing down invisibly in some remote and obscure corner of the Pacific.”
Truss, who previously served as Foreign Secretary in the previous regime, became only the third female PM of United Kingdom after defeating Rishi Sunak in the leadership race with over 80,000 votes. However, the margin was considerably lower than Johnson’s figures against Jeremy Hunt in 2016.
Johnson promised to “get behind Liz Truss every step of the way” and also asked the Conservative Party to do the same. He recognised that the new PM has several challenges ahead for her and highlighted his regime’s achievements when it comes to Brexit, the Ukraine war and handling of the COVID-19 pandemic.
Even, his dog – Dylan – and the well-known cat of Downing Street called Larry found a mention.
“I just say to my party, if Dylan and Larry [the Downing Street cat] can put behind them their occasional difficulties, then so can the Conservative party,” he said while speaking about the party.