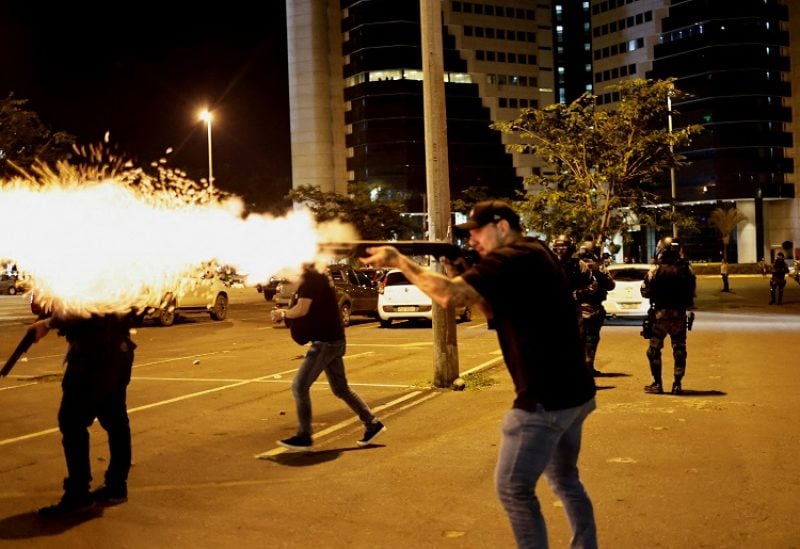 Brasilia’s public security secretariat said in a statement that unrest occurred after police carried out an arrest warrant. Earlier that day, Supreme Court Justice Alexandre de Moraes ordered the temporary arrest of Jose Acacio Serere Xavante, suspected of taking part in anti-democratic protests.
Since far-right Bolsonaro lost re-election to leftist Luiz Inacio Lula da Silva on October 30, many of his supporters have gathered outside military barracks across the country, refusing to concede defeat and asking for the armed forces to intervene.

Bolsonaro, who has repeatedly claimed the country’s electronic voting system is vulnerable to fraud, has not admitted defeat. However, he greenlit the transition process to go ahead.
Lula ratified as Brazil’s next president
Meanwhile, Brazilian President-elect Lula Inacio Lula da Silva broke down in tears at a ceremony ratifying his election win.
The 77-year-old ex-metalworker was overcome with emotion as he praised “the boldness of the Brazilian people in handing this document to someone who’s been attacked so many times for not having a university diploma.”
Lula is set to be inaugurated on January 1. He has already begun naming members of his cabinet.
Lula described Monday’s ceremony as a victory for democracy amid Bolsonaro’s baseless fraud claims.