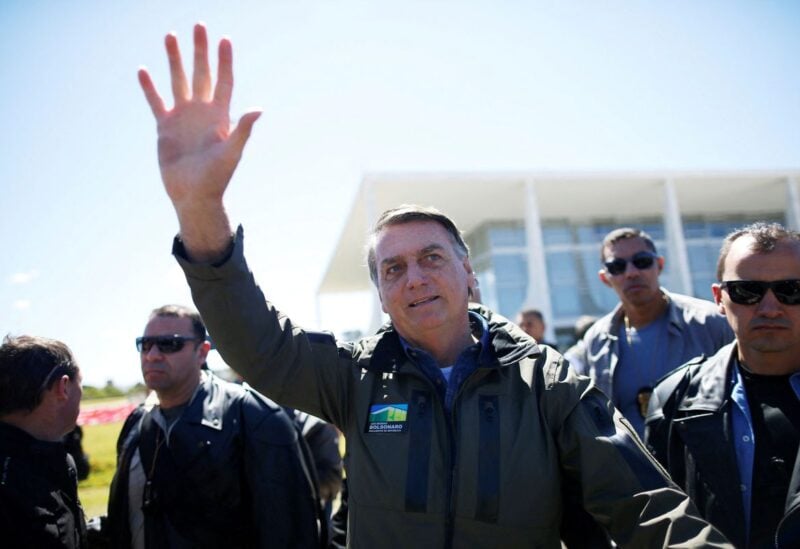 Brazilian President Jair Bolsonaro gestures after a ride on a motorbike in a motorcade rally with his supporters amid the coronavirus disease (COVID-19) pandemic, in Brasilia, Brazil, August 8, 2021. REUTERS/Adriano Machado

Brazilian federal police charged President Jair Bolsonaro on Wednesday with discouraging the use of masks during the pandemic and making a false claim that those who received the COVID-19 vaccine were at risk of developing AIDS.

In a letter to Brazil’s Supreme Court, a police representative claimed that while Bolsonaro attempted to link AIDS with vaccine, his efforts to discourage adherence to pandemic-related health measures amounted to a crime.

The police asked Supreme Court Justice Alexandre de Moraes, who is in charge of the probe, to authorize the police to charge Bolsonaro and others involved in the case.

In a social media livestream last October, the far-right president said, without presenting any evidence, that UK government reports had shown that people fully vaccinated against COVID-19 had developed AIDS.

Bolsonaro, who has declined to take the vaccine, was temporarily suspended from both Facebook and YouTube after the comments.

The police said additional steps were needed to conclude the investigations, including hearing from Bolsonaro.

The solicitor general’s office, which typically provides legal representation for the president, did not immediately respond to a request for comment.