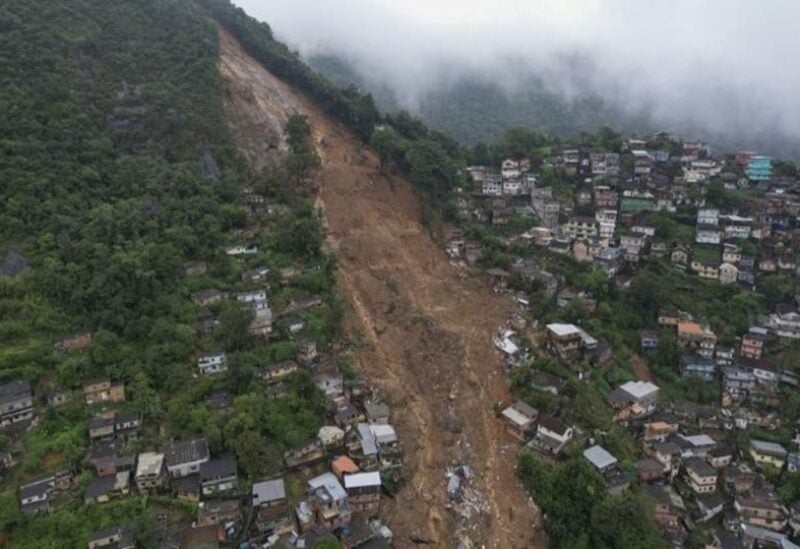 The state administration of Rio de Janeiro has reported 94 deaths as a result of floods and mudslides in Petropolis, which swept away homes and cars. On Thursday, though, it was unknown how many bodies were trapped in the mud as relatives prepared to bury their loved ones.

The mayor of the German-influenced community tucked in the foothills, Rubens Bomtempo, refused to even give an estimate for the number of people missing, despite the fact that recovery efforts are still ongoing.

At a news conference on Wednesday, Bomtempo stated, “We don’t yet know the entire scope of this.” “It was a trying day, a trying day.”

Survivors were hunting for lost loved ones more than 24 hours after the catastrophic deluge early Tuesday. The public prosecutors’ office in Rio de Janeiro announced in a statement on Wednesday night that it had produced a list of 35 people who had yet to be found.

Streams dragged cars and houses through the streets, as water swirled across the city, according to footage shared on social media.

Two buses were seen sliding into a flooded river as passengers scrambled for safety through the open windows. Some people didn’t make it to the banks and were washed away, hidden from view.

Houses were covered beneath mud on Wednesday morning, with appliances and cars piled in the streets.

Petropolis, named for a previous Brazilian monarch, has long been a haven for locals seeking relief from the summer heat and tourists eager to see the “Imperial City.”

Its wealth has attracted residents from Rio’s poorer neighborhoods. Its population developed recklessly, clinging to the edges of mountainsides that were now densely packed with little houses. Many live in unsuitable places for constructions, which are made more vulnerable by deforestation and poor drainage.

On Tuesday, the state fire department reported that 25.8 centimeters (just over 10 inches) of rain fell in three hours, nearly as much as the previous 30 days combined. Claudio Castro, the governor of Rio de Janeiro, claimed in a press conference that the rains were the worst the city had seen since 1932.

“No one could have predicted such heavy rain,” Castro stated. According to weather predictions, more rain is on the way for the rest of the week.

Castro went on to say that about 400 people were displaced and that 24 people were found alive.

They were fortunate, and there were only a few of them.

“All I could hear was my brother screaming, ‘Help! Help!'” As a man consoled her, resident Rosilene Virginia told The Associated Press, “My God!” “It’s quite distressing to watch individuals asking for assistance and having no method of assisting them or doing anything. It’s desperate, this overwhelming sense of loss.”

Similar disasters have struck the mountainous region in recent decades, including one that killed over 900 people.

Since then, Petropolis has presented a strategy to lessen the risk of landslides, but progress has been slow. The plan, which was published in 2017, was based on an analysis that found 18 percent of the city’s land was at high risk of landslides and flooding.

More than 180 residents in high-risk locations are taking refuge in schools, according to local authorities. On Thursday, more equipment and staff would be deployed to aid rescue attempts.

While on a tour to Russia, Brazil’s President Jair Bolsonaro voiced solidarity. The city of Petropolis has established three days of mourning in honor of the tragedy.

Heavy rains have pounded southeastern Brazil since the beginning of the year, resulting in more than 40 deaths in Minas Gerais state in early January.