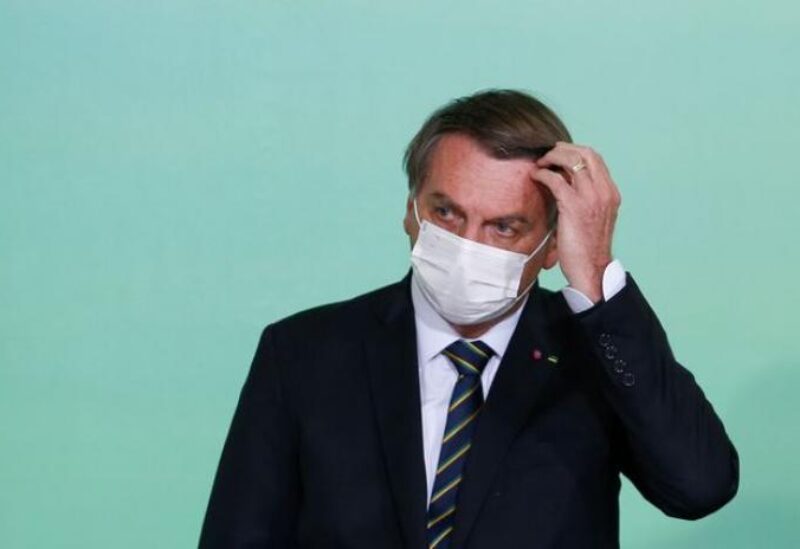 President Jair Bolsonaro of Brazil announced on Thursday that the Health Minister was working on a bill that would eliminate the need for face masks for persons who have been vaccinated or previously afflicted with the coronavirus.

Despite having the world’s second-deadliest coronavirus outbreak, Bolsonaro has rejected lockdowns and social isolation, saying in a speech that quarantines should only be used for diseased people.

Bolsonaro has requested a research on the usage of masks in Brazil, according to Health Minister Marcelo Queiroga.

The minister, however, testified this week before a Senate commission of inquiry that masks should be used to prevent transmission. He also contradicted Bolsonaro on the use of hydroxychloroquine, saying there was no evidence the anti-malaria drug is effective in treating COVID-19 patients.

Bolsonaro defended the use of chloroquine in a weekly webcast to his supporters, claiming that it had helped cut COVID-19 mortality in Brazil, which he said had been exaggerated by include deaths from other ailments.

COVID-19 has killed about 480,000 Brazilians, the second highest death toll outside of the United States.

Meanwhile, Brazil’s immunization program has been reluctant to get off the ground, and a Senate investigation is looking into whether Bolsonaro, a vaccine skeptic, delayed acquiring timely supplies on purpose.

According to Health Ministry data, only 23.6 percent of Brazil’s population has got a first dosage, and just 10.2 percent has received two doses.