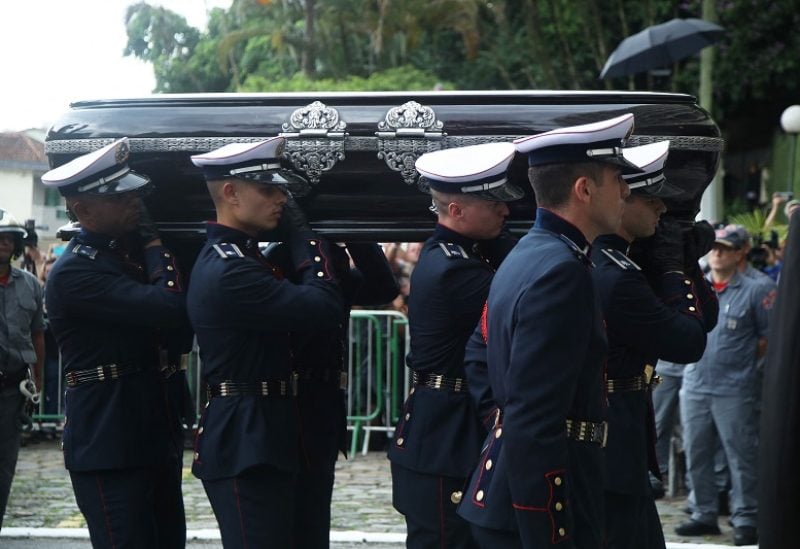 Following a parade through the streets of the coastal city of Santos, Brazilian football legend Pele was buried on Tuesday.

Thousands of fans gathered to pay respect to Pele ahead of his private burial at the Memorial Necropole Ecumenical vertical cemetery in Santos.

On Monday, Pele’s coffin was placed under a large canopy at Santos FC’s Vila Belmiro stadium as fans walked past his casket to pay their last respect to him.

FIFA President Gianni Infantino paid his last respects to Pele when he attended a memorial for the legend at the stadium.

“The whole world knows Pele and knows what Pele did for football. He made people fall in love with football,” Infantino said on fifa.com

“He is eternal, the King is eternal, and we are here, with much emotion, with great sadness … but with also a smile, because he made all of us smile,” he added.

Nicknamed “the Black Pearl,” Pele died on Dec. 29 at age 82 after a long battle with cancer.

Also nicknamed “O Rei,” or “The King,” he is considered one of the greatest footballers of all time.