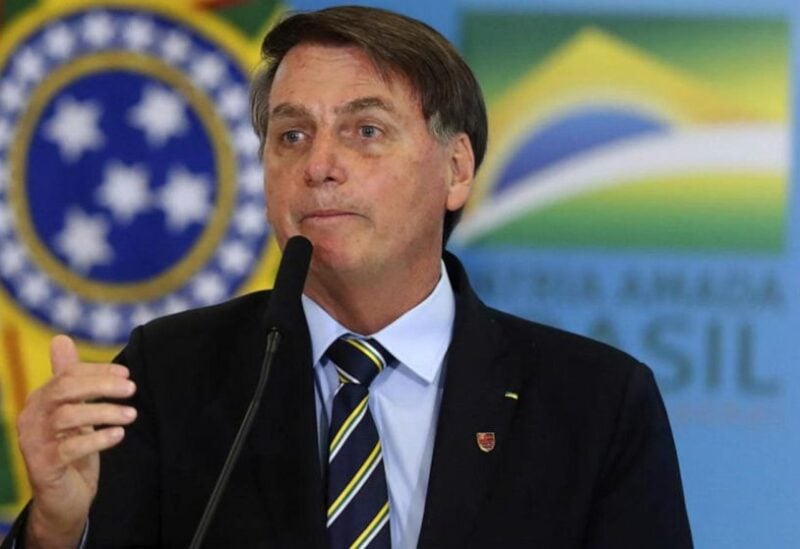 The senate’s Parliamentary Commission of Inquiry, known in Portuguese by its acronym CPI, has been for weeks investigating Bolsonaro’s handling of the coronavirus pandemic.

“Do you know what my answer is?” Bolsonaro said in his weekly broadcast on social media.

“I crap on the CPI. I will answer nothing.”

Senators on the commission have asked Bolsonaro to answer charges that a deal to purchase the Indian-made Covaxin vaccine was a front to embezzle millions of dollars, that a Bolsonaro ally masterminded the plan, and that the president knew about it.

“I’m not going to answer any kind of hypothetical situation to that kind of people,” Bolsonaro snapped, claiming that the senators “are not concerned about the truth but instead are interested in wearing down the government.”

In a letter, the three senators heading the commission, Omar Aziz, Randolfe Rodrigues, and Renan Calheiros, said that after 13 days of accusations Bolsonaro has yet to clearly and “categorically” reject “the serious statements attributed to him.”

A health ministry official earlier told the senators that his superiors had exerted “atypical, excessive” pressure on him to approve payment for the Indian vaccine deal, which he suspected was over-billed.

The official said he informed Bolsonaro in March, but the president apparently failed to pass the information to the police.

This resulted in Brazil’s attorney general looking into whether Bolsonaro participated in a coverup.

On Wednesday Aziz ordered the arrest of a former director of Brazil’s health ministry on charges of perjury in connection with the case.