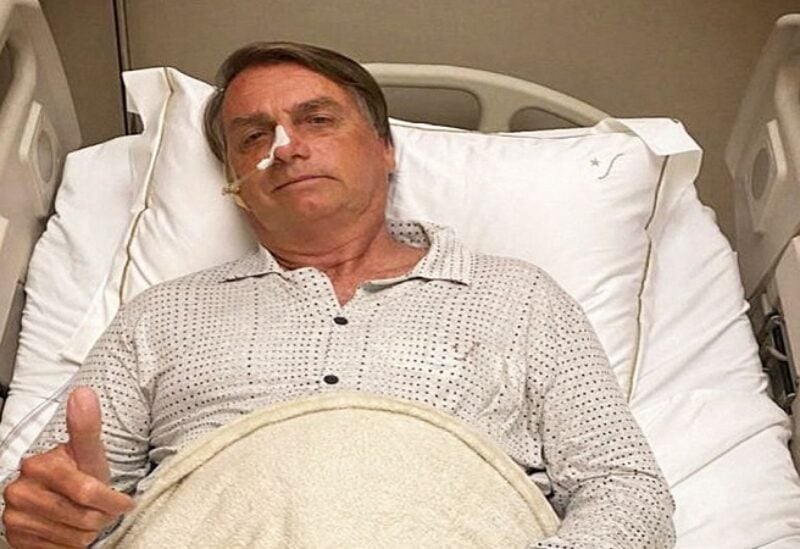 Former Brazilian President Jair Bolsonaro was admitted to a hospital in Orlando, Florida

Brazilian President Jair Bolsonaro was hospitalized on Monday with an intestinal blockage and may need to undergo surgery in the latest complication from a 2018 stabbing.

Bolsonaro said he started feeling unwell on Sunday afternoon after lunch and doctors have inserted a nasogastric tube.

“More tests will be conducted for a potential surgery on an internal obstruction in the abdominal region,” Bolsonaro posted on Twitter, along with a photo of himself giving a thumbs-up in his hospital bed.

Bolsonaro said it was the second hospitalization “with the same symptoms” since he was stabbed during a September 2018 campaign event and underwent a series of emergency operations.

Vila Nova Star hospital confirmed in a medical note that Bolsonaro has been admitted to the hospital in the early hours of Monday with an intestinal blockage.

“He is in stable condition, undergoing treatment and will be re-evaluated this morning by Doctor Antonio Luiz de Vasconcellos Macedo’s team. At the moment, there is no forecast for him being discharged,” it said.

TV network Globo showed images of Bolsonaro, who had been vacationing in the southern state of Santa Catarina, walking down the stairs of the presidential plane after landing in Sao Paulo around 1:30 a.m. local time (0430 GMT).

In July 2021, he was taken to the Vila Nova Star hospital in Sao Paulo due to an intestinal blockage after suffering from chronic hiccups.

The far-right Bolsonaro has been in power since 2019 and plans to stand for re-election as president in a vote scheduled for October this year.