Brazil’s Bolsonaro recovering but no forecast for leaving hospital 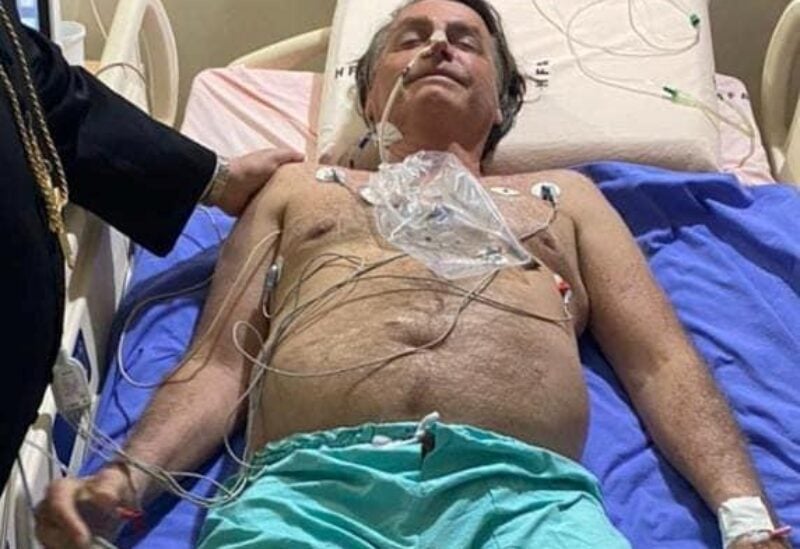 Jair Bolsonaro’s health is “developing satisfactorily,” but his doctors indicated on Thursday that the right-wing politician, who was hospitalized this week after complications from a 2018 stabbing, does not have a timetable for leaving the hospital.

After days of delays, the president rushed from Brasilia to Sao Paulo on Wednesday for tests and perhaps emergency surgery to unblock a clogged bowel.

Bolsonaro, a former army captain, has been hospitalized numerous times since his intestine was perforated in a near-fatal campaign trail stabbing. Last year, he also caught COVID-19.

“Jair Messias Bolsonaro remains hospitalized in Hospital Vila Nova Star in Sao Paulo, and is progressing in a satisfactory clinical and laboratorial manner,” the president’s doctors wrote in a note, adding that non-surgical treatment would be continued.

The note went on to say, “The President continues to be without a forecast for leaving the hospital.”

Bolsonaro’s son Flavio tweeted that his father was doing well and might not require surgery.

“President @jairbolsonaro evolved well, woke up in a good mood, and if this continues, he won’t need to undergo surgery!” Flavio Bolsonaro, a federal senator, wrote on Twitter.

On Wednesday, the president’s office had said Bolsonaro, 66, could require emergency surgery after he was transferred from a hospital in Brasilia.

But after he arrived in Sao Paulo on Wednesday night, doctors at the Vila Nova Star hospital said the president would initially remain “under conservative management.”

“I thank everyone for their support and prayers,” Bolsonaro said in a Facebook post on Wednesday shortly after the news of his transfer to Sao Paulo was announced.

Along with the message, he shared a photo of himself shirtless with his eyes closed and lying in a hospital bed covered in sensors and cables. Next to him, stood what appeared to be a priest with a crucifix.

The photo, which was accompanied with a text railing against his leftist opponents, led some to allege that Bolsonaro might be leveraging his condition for political gain. Many in Brazil believe the 2018 knife attack, and the widespread sympathy it engendered, was a crucial factor behind his election win.

A piece in newspaper Folha de S.Paulo said Bolsonaro’s hospitalization had allowed him to resurrect one of his “favorite personas … that of the political martyr.” It noted “that Bolsonaro did not invent his health condition” but said his current plight has “immediate utility” as he is “in one of the most pressing moments of his term.”

Bolsonaro’s reputation has suffered as a result of his management of the coronavirus outbreak, and senators are investigating a brewing corruption scandal involving his government’s vaccine purchases. Brazil, behind the United States, has the second greatest COVID-19 death toll in the world, with over 537,000 deaths.

However, according to a study released by Datafolha on Thursday, a majority of Brazilians believe the pandemic is either “completely under control” or “partly under control” in the country, which might be a boost for Bolsonaro.