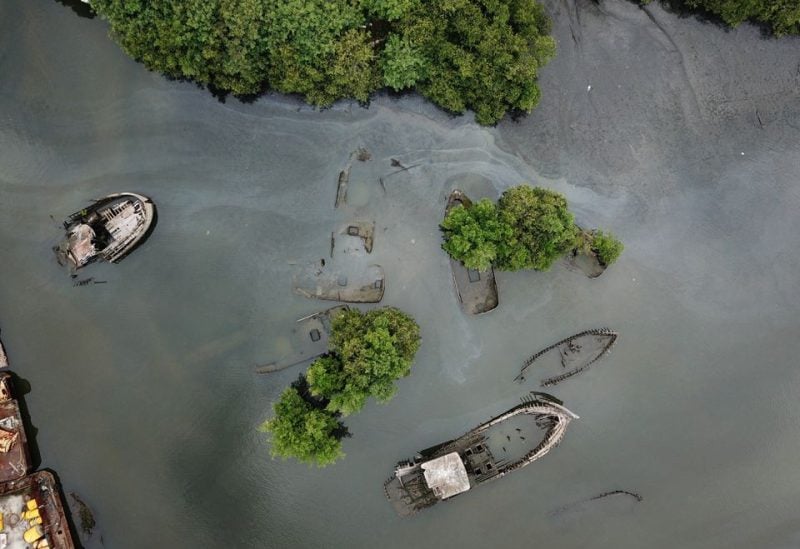 Abandoned ships are seen on the shore of the Guanabara Bay in Niteroi, in Rio de Janeiro state, Brazil December 23, 2022. REUTERS

A large, abandoned cargo ship drifted slowly toward the enormous concrete bridge that takes cars across Guanabara Bay in Brazil to Rio de Janeiro on a windy evening in mid-November.

The rust-spattered, 200-meter-long (660-foot) Sao Luiz, a bulk carrier that was constructed in 1994, was alleged to have been anchored in the bay for more than six years while waiting for legal action before colliding with Latin America’s longest over-water bridge. The navy claimed to be looking into it.

“The Sao Luiz is still in the Port of Rio today, with 50 tonnes of fuel oil in it,” Sergio Ricardo, co-founder of socio-environmental group Movimento Baia Viva (Living Bay Movement) told Reuters, also pointing to high levels of corrosion.

“The ship is unsafe and can cause an environmental disaster,” he said.

The Sao Luiz is one of dozens of ships left to rust on the iconic but heavily polluted bay, once home to vast mangroves and thriving marine life.

The mangroves are now much reduced and pollution exacerbated by the graveyard of ships is threatening local sea-horses, green turtles and Guiana dolphins, a symbol of Rio de Janeiro.

A survey by the Rio de Janeiro State University found this year that just 34 Guiana dolphins remained in the bay, down from around 800 in the 1990s.

Besides the ships’ effect on marine life and passing vessels, which must navigate an obstacle course of half-floating hulks, pollution in the bay imposes a financial cost of some tens of billions of reais a year with its pollution, Ricardo estimated.

Fernando Pinto Lima, a 62-year-old former fisherman in the bay, told Reuters he used to be able to quickly catch 50 to 100 kilograms of fish. “Now to catch fifty kilograms, it’ll take you a week or a month,” he said.

Following the Sao Luiz crash, local media reported that authorities were studying how to remove the ghost ships. But the derelict vessels continue to molder on and under its muddy waters.