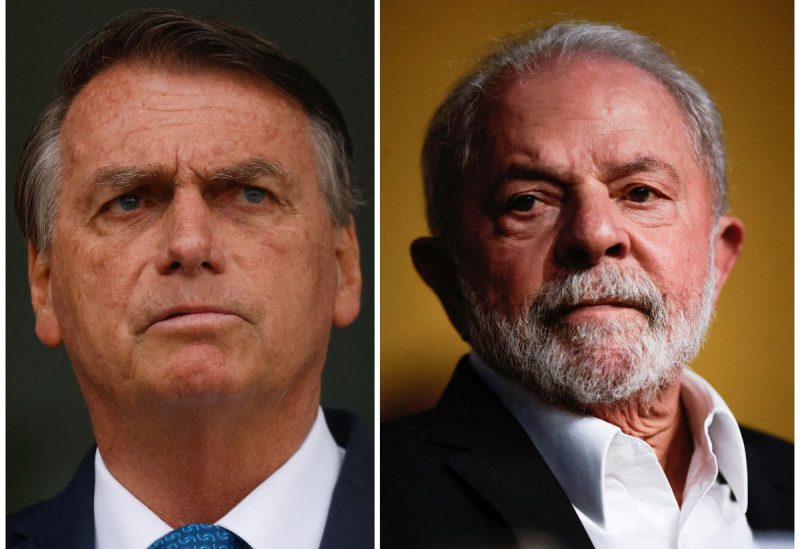 Combination picture of Brazil's President and candidate for re-election Jair Bolsonaro during a news conference at the Alvorada Palace in Brasilia, Brazil, October 4, 2022 and Brazil's former president and presidential frontrunner Luiz Inacio Lula da Silva during a meeting of the Brazilian Socialist Party (PSB), that officially nominated him as the candidate of the party, in Brasilia, Brazil, July 29, 2022. REUTERS/Adriano Machado and Ueslei Marcelino/File Photo

Both were carried out between Sunday and Tuesday, and the outcomes could have been influenced by an incident on Sunday in which Bolsonaro ally Roberto Jefferson shot at police while resisting arrest.

A poll by Genial/Quaest found Lula widening his lead slightly to 48% of voter support, while Bolsonaro remains at 42%. Excluding blank or annulled votes and the undecided, Lula had 53% of the votes to Bolsonaro’s 47%, the same numbers for valid votes as the PoderData poll showed.

Genial/Quaest tried to estimate the impact of abstentions by making a “likely voter” adjustment for probable intentions: It showed Lula with 52.1% of valid votes against 47.9% for Bolsonaro, a narrower result than the 52.8% to 47.2% the model showed last week.

Brazilians will vote in the second round of the presidential election on Sunday.

Pollsters were widely criticized after the first-round vote for significantly underestimating support for Bolsonaro.

PoderData interviewed 5,000 voters by telephone and the poll has a margin of error of 1.5 percentage points up or down.

Pollster Genial/Quaest interviewed 2,000 people in person and its survey has a margin of error of 2 percentage points.