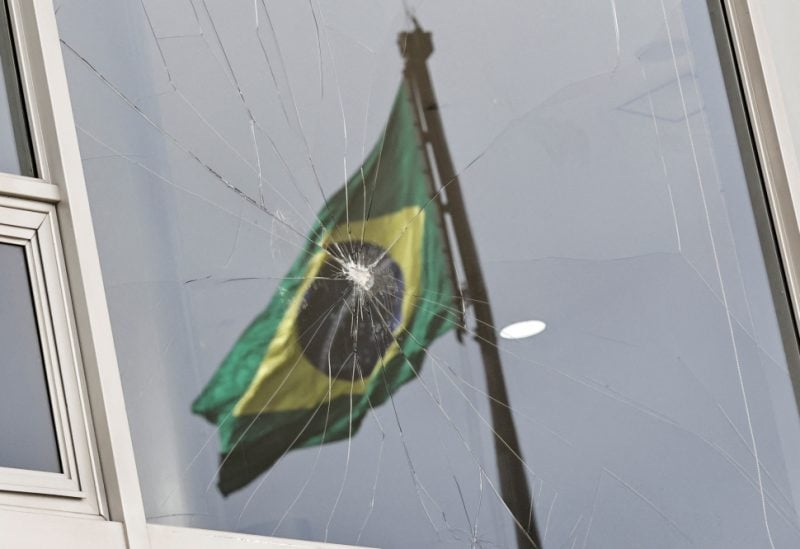 Brazil's flag is reflected on a broken window, after the supporters of Brazil's former President Jair Bolsonaro participated in an anti-democratic riot at Planalto Palace, in Brasilia, Brazil, January 9, 2023. REUTERS/Ueslei Marcelino

Brazilian federal prosecutors on Friday asked the Supreme Court to investigate the role of former President Jair Bolsonaro in the anti-democratic acts that resulted in the storming of government buildings by his supporters in Brasilia last Sunday.