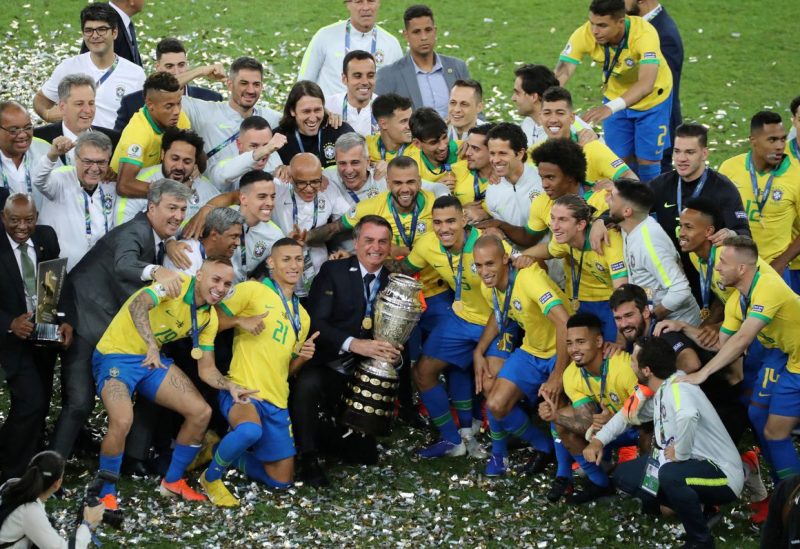 The president shared the video of Neymar dancing to a campaign jingle that highlighted Bolsonaro’s place on the ballot as soon as it was posted online on September 29.

The move laid down the gauntlet for other footballers to demonstrate their support for the far-right leader, including internationals Thiago Silva and Daniel Alves, even if the Paris St. Germain forward kept mute on his post aside than lip-syncing the song.

Without mentioning Bolsonaro by name, they shared posts with some of his catch phrases, including slogans popular with Brazil’s evangelical Christians, who back him overwhelmingly. In a country where evangelical churches have made major inroads in poorer communities, eroding the Catholic majority, many footballers wear their evangelical faith on their sleeve.

“There is this slogan that I love,” Alves said, using a stock Bolsonaro phrase: “Brazil above everything, God above all.”

Bolsonaro lost the first round to his leftist challenger Luiz Inacio Lula da Silva by a tighter-than-expected margin, setting up an Oct. 30 runoff.

The outpouring on social media bolstered the growing anecdotal evidence that many of Brazil’s most prominent soccer players now lean to the right.

Many players favor conservative politicians because of their own life stories, said sports commentator Juca Kfouri, noting that most soccer stars in Brazil come from poor neighborhoods and reach stardom through their own talents.