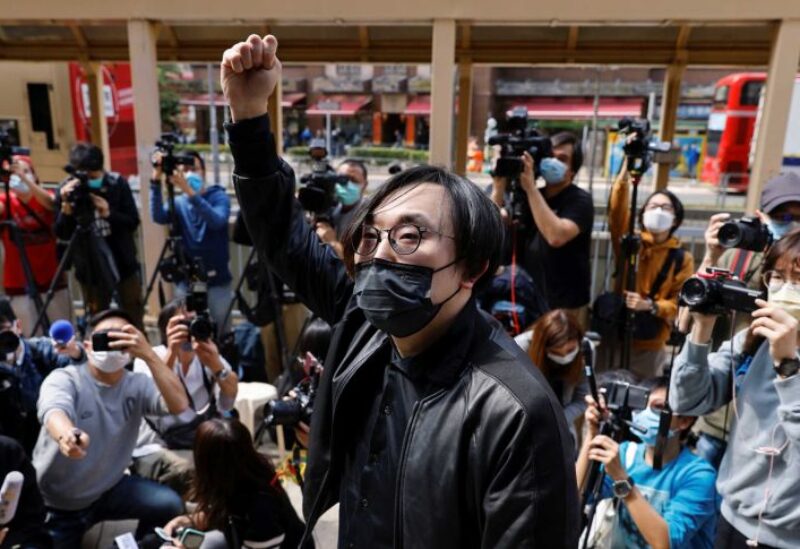 Relations between Beijing and London have significantly deteriorated in recent months after the two had major disagreements over a number of issues, including Hong Kong, a former British colony returned to China in 1997.

The official said that the National Security Law under which activists were charged, violates the Joint Declaration on Hong Kong, China and Britain signed in 1984 and the use of it “contradicts the promises made by the Chinese government”.

The 39 men and 8 women charged with conspiracy to commit subversion are part of a “pro-democracy group” that last year held and participated in an unofficial primary to choose opposition candidates for the 2020 legislative council election. Authorities in China and Hong Kong claim the primary was an attempt to overthrow the government. If convicted the activists will receive life imprisonment.

They were charged under the National Security Law introduced in 2020 following massive protests against an anti-extradition bill that activists claimed infringed on civil liberties.

The National Security Law introduces tougher penalties against protesters. It criminalizes acts deemed to be subversion, secession, collusion with foreign forces, and terrorism. Individuals charged under the law are denied bail until trial and as mentioned earlier may face life in prison. The decision to introduce the law faced criticism both internally and externally, with countries like Australia, Canada, Japan, and the United States expressing concern about it.

The legislation faced especially harsh criticism in Britain. When the United Kingdom handed Hong Kong back to China in 1997, the two signed a Joint Declaration that enshrined civil liberties under the “one country, two systems” principle. London said the National Security Law undermines the deal.

Tensions between London and Beijing escalated in recent months as the two countries had disagreements on other issues, including the treatment of Uighurs in the Xinjiang region, the use of British National Overseas passports, and the revocation of licenses for media outlets.