Britain indicates it will send battle tanks to Ukraine 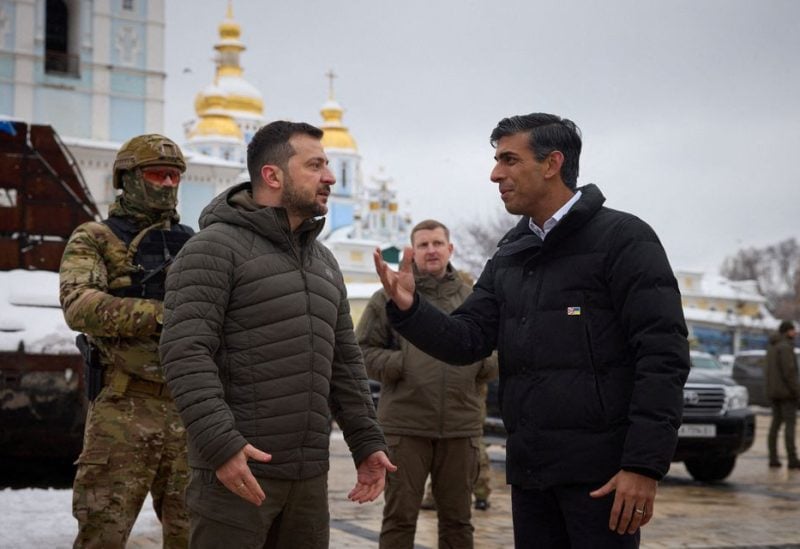 The Russian Embassy in London swiftly reprimanded Prime Minister Rishi Sunak for his remarks on Saturday that Britain will send some of its main battle tanks and more artillery support to Ukraine.

Sunak “outlined the UK’s aim to enhance our support to Ukraine, particularly through the provision of Challenger 2 tanks and additional artillery systems” during a phone discussion with Ukrainian President Volodymyr Zelenskiy, according to a spokesperson for the prime minister.

“The leaders reflected on the current state of Russia’s war in Ukraine, with successive Ukrainian victories pushing Russian troops back and compounding their military and morale issues,” the spokesperson added.

Media reports have suggested Britain was in discussions with Ukraine to deliver the Challengers to help the country fight Moscow’s forces.

Sunak’s office said earlier this week that Britain would coordinate its support with allies after Germany, France and the United States all indicated last week they would provide armored vehicles to Ukraine.

According to Sky News, about a dozen tanks would be supplied, the first time such Western weaponry had been pledged.

“The details of the tanks, the main battle tanks, the artillery and other military support will be made clear by the defense secretary to the House of Commons in the very near future,” Cleverly told broadcasters.

The Russian Embassy in London said the decision to send the tanks would drag out the confrontation, lead to more victims including civilians, and was evidence of “the increasingly obvious involvement of London in the conflict”.

“As for the Challenger 2 tanks, they are unlikely to help the Armed Forces of Ukraine turn the tide on the battlefield, but they will become a legitimate large target for the Russian artillery,” the embassy said, according to comments cited by the TASS news agency.