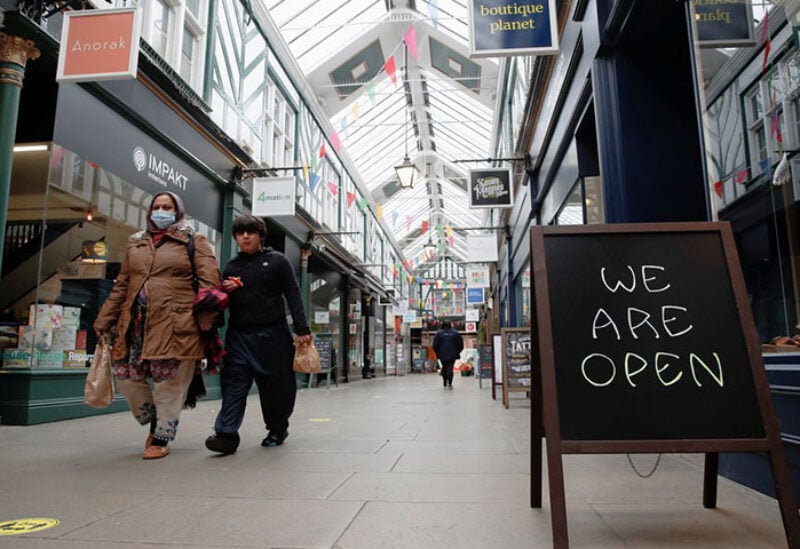 On Wednesday, the United Kingdom announced a new high for COVID-19 prevalence in the last week of 2021, with one in every 15 persons infected in England, according to Prime Minister Boris Johnson, who stated cases were spreading at the quickest rate ever.

The rising number of cases has put enormous demand on public agencies like hospitals, which are dealing with personnel shortages and rising admissions.

In England, Johnson has avoided instituting strict lockdown restrictions. Instead, despite the emergence of the highly transmissible Omicron form, he believes that a vaccination booster effort and public awareness will be adequate to contain the new wave of illnesses.

More than 220,000 COVID-19 cases were recorded on one day in the last week, and the provision of services and testing capacity is increasingly under strain.

“We are experiencing the fastest growth in COVID cases that we have ever known,” Johnson told lawmakers

“And potentially of greatest concern, case rates are now rapidly rising among the older and more vulnerable, including doubling every week among those over 60, with the obvious risk that this will continue to increase the pressures on our NHS (health service).”

In England, the estimated COVID-19 prevalence was one in 15 for the week ending Dec. 31 – over 6% of the population and up from an estimate of one in 25 for the previous week, the Office for National Statistics said.

ONS figures also showed record prevalence in Scotland, Wales and Northern Ireland, whose governments follow their own policies on combating the pandemic and generally have stricter measures. Scotland and Wales showed prevalance of one in 20 and Northern Ireland one in 25.

In all, an estimated nearly 3.75 million people were infected across the United Kingdom. The death toll from the pandemic is nearly 150,000 people.

The Omicron variant has had the biggest impact in London, where one in 10 people tested positive.

However Johnson reiterated that England could ride out the surge in COVID-19 infections without shutting down the economy, thanks to vaccinations and evidence that Omicron is milder than previous variants, even there is substantial disruption from staff absences as people self-isolate.

“This government does not believe we need to shut down our country again. Instead, we are taking a balanced approach, using the protection of the boosters and the Plan B measures to reduce the spread of the virus, while acting to strengthen our NHS,” Johnson said.

The UK Health Security Agency said on Wednesday that people without COVID-19 symptoms who test positive on a rapid lateral flow test in England will not need to confirm the result with a PCR test that needs to go to the lab for processing, a move designed to ease pressure on the testing system.

Johnson also said that testing requirements for travelers would be relaxed from Friday, including scrapping pre-departure tests.