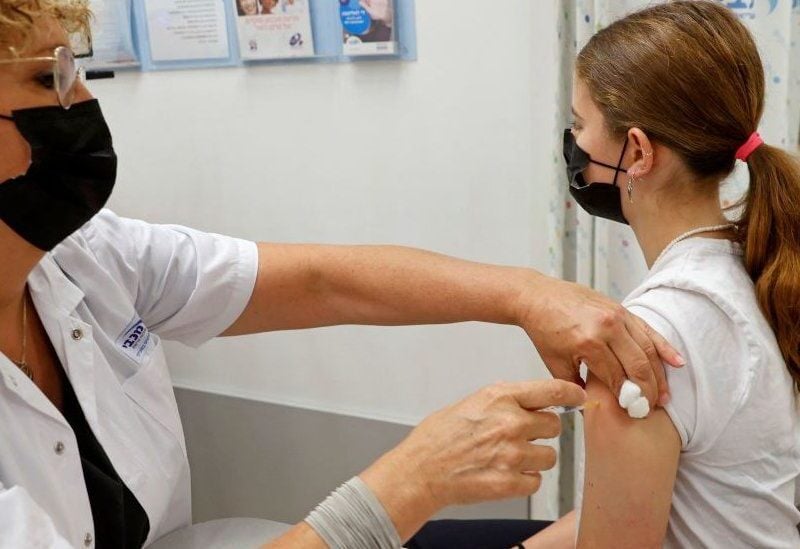 Britain’s vaccine advisors announced on Wednesday that all 16- and 17-year-olds will receive their first dose of the Pfizer COVID-19 vaccine, a move that will provide more children with protection against the disease before school resumes in September.

The Joint Committee on Vaccination and Immunization (JCVI) of the United Kingdom had previously stated that only medically vulnerable children would receive the vaccine, citing a conservative approach.

It modified that initial caution on Wednesday, citing changes in the disease’s prevalence among younger populations as well as the most recent safety data available.

A rapid spread of the Delta variant among young people fueled a recent peak in cases before schools broke up for the summer holidays.

“After carefully considering the latest data, we advise that healthy 16- to 17-year-olds are offered a first dose of Pfizer-BioNTech vaccine,” said Wei Shen Lim, the JCVI’s COVID-19 Chair, adding that advice on when to offer the second vaccine dose would come later.

“While COVID-19 is typically mild or asymptomatic in most young people, it can be very unpleasant for some.”

JCVI said that the benefits to children of keeping them healthy and in school were paramount, though there would also be positive impacts on society more broadly.

Health Secretary Sajid Javid said he accepted the advice, and expected the programme to begin by the end of August.

Britain has taken a much more cautious approach to vaccinating children than in the United States and Israel, which have pushed on with a broad roll-out for under 18s.

Officials said that the approach was cautious in order to have as much detail as possible about the safety profile of the vaccines, but emphasized that they were safe.

The JCVI maintained previous advice that children aged 12 to 15 with specific underlying health conditions should also get vaccines but left the door open to further adjustments in the future.

“My sense is that it is more likely rather than less likely that that list (of eligible children) will broaden over time as data become available,” deputy chief medical officer Jonathan Van-Tam told a news conference.

Russell Viner, Professor of Child and Adolescent Health at UCL, said that the risk profile for 16- to 17-year-olds, although low, overlapped with that of 18- to 19-year-olds who already could receive vaccines.

“Any decisions about vaccinating children and teenagers must balance risks and benefits and this is never easy,” he said.

“Vaccinating older teenagers is a reasonable first step and will be important for young people themselves in the return to school and also benefit wider society including the elderly and younger children.”