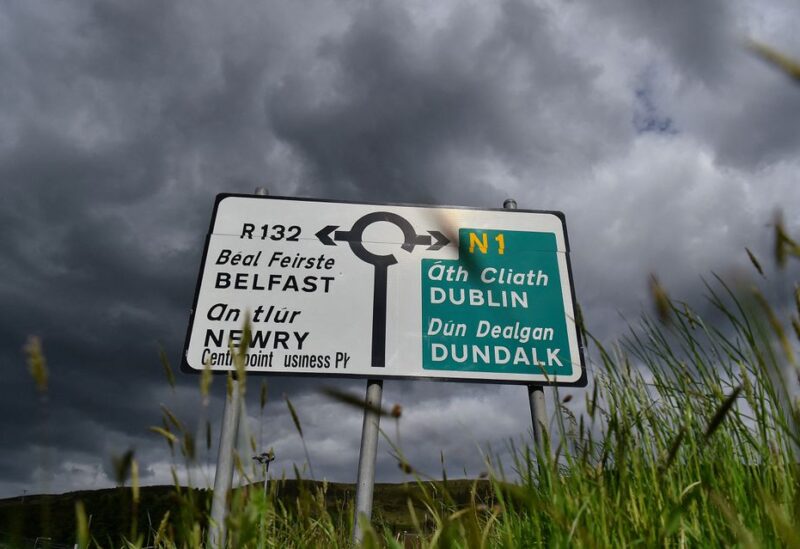 A road sign at a roundabout on the border between Northern Ireland and Ireland with directions to Belfast and Dublin is seen in Carrickcarnan, Ireland, May 19, 2022. REUTERS/Clodagh Kilcoyne/File Photo

“Spoke to (European Commission) Vice President Maros Sefcovic to discuss the legislation we are announcing today to fix the problems with the Northern Ireland Protocol and restore political stability,” Truss said on Twitter.

“Our preference is a negotiated solution, but EU must be willing to change the Protocol itself.”

The EU side criticised London’s moves to dismantle the so-called Northern Irish protocol.

“Unilateral action is damaging to mutual trust & a formula for uncertainty,” Sefcovic said on Twitter.