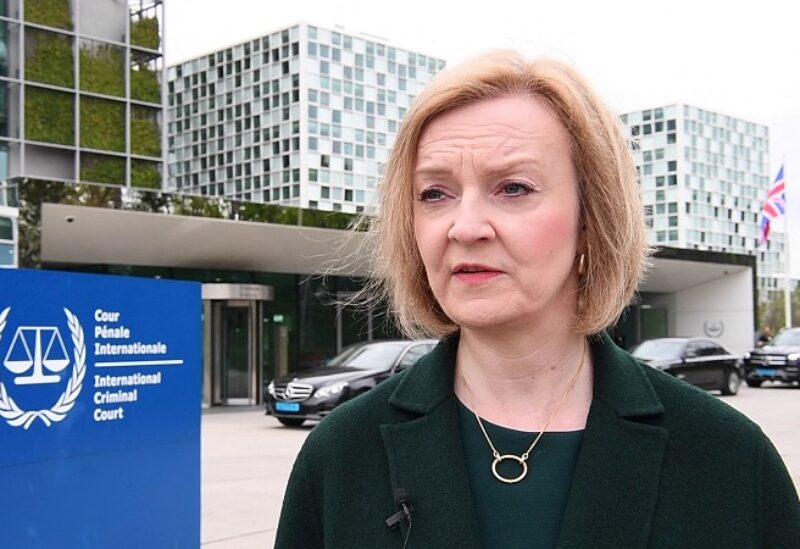 British Foreign Minister Liz Truss speaks during an interview with Reuters after visiting the International Criminal Court in The Hague, Netherlands in this screen grab taken from a video April 29, 2022. REUTERS/Piroschka van de Wouw

British foreign minister Liz Truss said on Sunday she would set out immediate action to tackle rising energy bills and increase energy supplies if she is, as expected, appointed prime minister this week.

Writing in the Sunday Telegraph newspaper on the eve of the announcement on who will replace Prime Minister Boris Johnson, Truss repeated her pledge to be bold in tackling Britain’s economy, which is struggling with double-digit inflation and is facing recession.

Saying she understood “how challenging the cost of living crisis is for everyone”, Truss wrote that she would take “decisive action to ensure families and businesses can get through this winter and the next”.

“If elected, I plan within the first week of my new administration to set out our immediate action on energy bills and energy supply,” she wrote.

“A fiscal event would follow later this month from my Chancellor, with a broader package of action on the economy.”

She said her approach would be two-fold – immediate action to tackle the cost of living crisis and a plan to deliver economic growth. She would also appoint a Council of Economic Advisers to get “the best ideas” on how to boost the economy.

“We need to take the difficult decisions to ensure we are not in this position every autumn and winter. Sticking plasters and kicking the can down the road will not do. I am ready to take the tough decisions to rebuild our economy,” she wrote.

Truss is widely expected to be named as the new leader of the governing Conservative Party and thus Britain’s new prime minister on Monday, beating her rival, former finance minister Rishi Sunak. Johnson was forced to resign by his own party after a series of scandals.