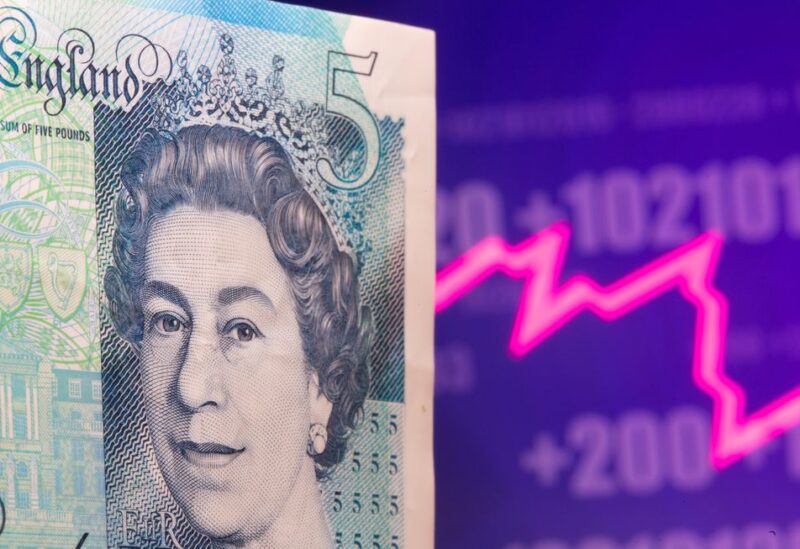 A British Pound banknote is seen in front of displayed stock graph in this illustration taken May 7, 2021. REUTERS/Dado Ruvic/Illustration

For the second day in a row, the yen fell to a 32-year low against the dollar.

The Bank of England has had to step in to stabilise government bond, or gilt markets, in recent weeks, after the market was spooked by unfunded tax cuts announced in a “mini-budget” last month.

Britain’s finance minister Kwasi Kwarteng has been sacked after less than six weeks in the job, the BBC reported on Friday amid reports Prime Minister Liz Truss will reverse parts of her economic plan.

Truss will hold a press conference at 1300 GMT.

“A good mood is coming from the bond markets – finally yields are trending down, mostly driven by the UK, where there are these rumours there is going to be a major U-turn on the policies,” said Matteo Cominetta, economist at the Barings Investment Institute.

“The mini-budget could not have been more inconsistent with the inflation-fighting policies that are going on around the world.”

U.S. stocks had a rollercoaster session on Thursday after U.S. core inflation – which excludes food and fuel prices – came in above forecasts at 6.6%, the biggest annual increase in 40 years.

After an initial sell-off, stocks surged in a technical rebound as investors covered short bets.

The MSCI world equity index gained 0.6% on Friday, recovering from the previous session’s 2-1/2 year lows but heading for little change on the week.

Following the strong U.S. inflation report, the markets have now fully priced in a 75 basis point hike from the Fed at its November meeting and a 71.5% probability for another jumbo rate hike in December.

Futures have also suggested that rates would now peak at 5%, bringing them to levels not seen since 2007.

The aggressive tightening from the Fed is putting pressure on central banks around the globe to follow. Singapore’s central bank on Friday tightened monetary policy for the fourth time this year and warned more would be needed to tame inflation.

Global markets have been volatile as investors worry rising interest rates could push major economies into recession before they tame inflation.

Investors with classic “60/40” portfolios – 60% in equities, 40% in bonds – are facing the worst returns this year for a century, BofA Global Research said in a note on Friday, noting that bond markets continue to see huge outflows.

Investors are also awaiting an impending deadline for the end of the Bank of England’s emergency bond-buying programme, which relieved pressure on the two trillion pound UK pensions sector.

Simeon Willis, chief investment officer at consultants XPS, said given the recent strengthening in gilts, pension schemes should be able to tolerate a 50 basis point rise in yields before they may need to sell more assets to fund hedging positions.

Another consultant said his pension scheme clients could cope with a further 200 bps rise.

The Japanese yen weakened to 147.74 to the dollar, below the 145.9 level which prompted Japanese authorities to intervene last month to prop up the currency.

Chinese blue chips rose more than 2%, marking the biggest gain since August, after the country’s central bank governor promised stronger support for the economy as COVID lockdowns spread ahead of the all-important Communist Party Congress starting on Sunday.

Oil prices fell in a choppy trading session as global recession fears and weak oil demand, especially in China, outweighed support from a large cut to the OPEC+ supply target.