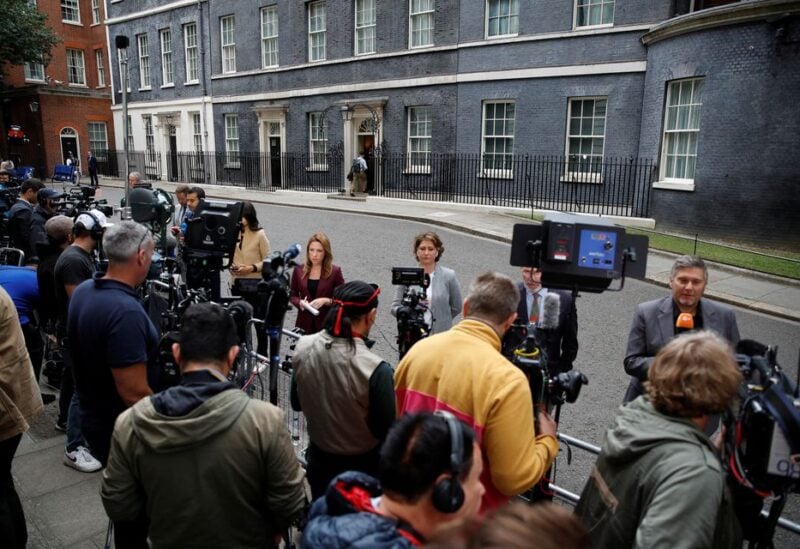 Members of the media wait outside 10 Downing Street, where British Prime Minister Boris Johnson is expected to make a statement, in London, Britain, July 7, 2022. REUTERS/Peter Nicholls

By July 20, the Conservative Party committee in charge of choosing the next British prime minister will try to narrow the field to two candidates, one of its members said on Saturday.

After Johnson was compelled to resign by his own party, the so-called 1922 Committee will lay out the specific guidelines and timeline for the election the following week. Many lawmakers are advocating for a hurried procedure.

Approximately a dozen other Conservative legislators are anticipated to run for the position, but only four have already declared their intention to do so.

Conservative lawmakers will hold a series of votes to reduce the field to two final candidates, who will then face a postal ballot of the wider Conservative Party membership.

“Clearly what we would want to do, and I think even the candidates would admit this is, is to eliminate some of those that are clearly not going to get enough support to get in the last two at a relatively early stage,” 1922 Committee treasurer Geoffrey Clifton-Brown told Times Radio.

Clifton-Brown said this could be done by upping the number of signatures from other Conservative lawmakers required to be nominated, and by increasing the threshold of votes candidates must receive to progress to the next round.

“I think that we will be able to frame a process to actually come up with two names by the time parliament goes down on the 20th of July,” he said. “We should have an answer by the time of the party conference in October and maybe before that.”