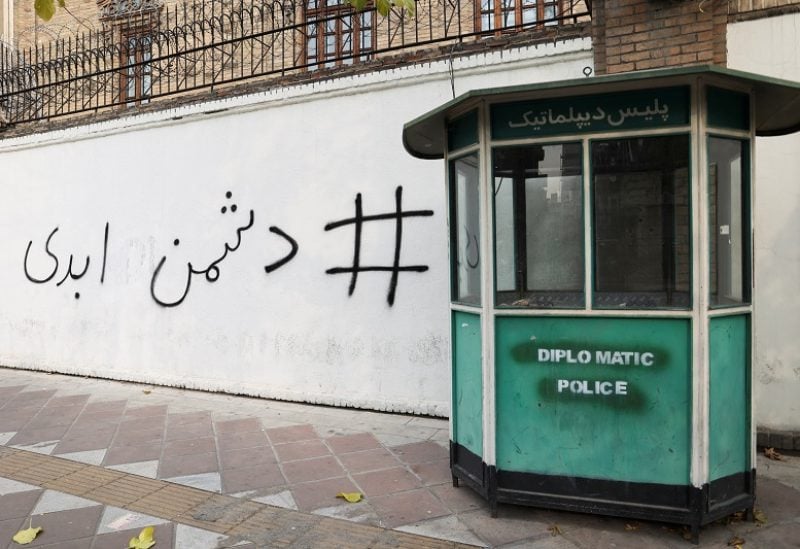 An anti-British graffiti is seen on the wall of the British Embassy in Tehran, Iran December 10, 2022. Majid Asgaripour/WANA (West Asia News Agency) via REUTERS ATTENTION EDITORS - THIS IMAGE HAS BEEN SUPPLIED BY A THIRD PARTY.

The Daily Telegraph reported that walls of the British Embassy in Tehran have been defaced with anti-UK messages for a second time by the country’s Basij militia.

Messages including “den of spies” and “terrorist center” were seen written on the building walls on Monday.

It follows a similar incident last week in which the slogans “death to England” and “close down this spying center” were scrawled on the embassy.

In 2011, the building was stormed by pro-regime students who burned flags and vandalized the property.

UK Ambassador to Iran Simon Shercliff and local volunteers formed a clean-up crew to paint over and remove the graffiti on Friday.