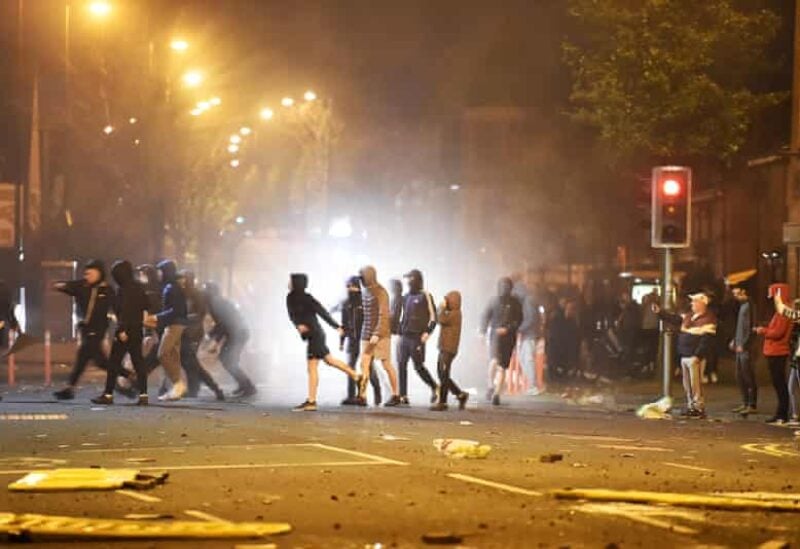 Ireland’s foreign minister Simon Coveney is expected to press his British counterpart, Dominic Rabb, this week during a meeting in London to convene an emergency British-Irish intergovernmental conference to discuss a recent outbreak of violence in Northern Ireland.

But British ministers are reluctant.

Northern Ireland Secretary Brandon Lewis told the House of Commons on Tuesday that the British government would “look for an appropriate time for a future meeting” but did not commit to do so as a matter of urgency, despite a growing clamor in the British Parliament for a summit, which would include Northern Irish politicians.

Loyalist paramilitaries in Northern Ireland deny they have been behind an eruption of street violence in the British-ruled province, but they have warned that politicians in London, Dublin and Brussels are playing with fire, saying they underestimate the impact Brexit is having on the sectarian balance.

The sustained nature of rioting in largely Protestant neighborhoods of Belfast and Londonderry is prompting rising alarm in government circles in Dublin and London, with fears mounting the province risks being dragged back into its dark past of sectarian violence between pro-British, mainly Protestant Unionists and mostly Catholic Irish nationalists. Loyalists are seen as Unionist paramilitaries.

The rioting has been among the worst seen since the U.S.-brokered Good Friday Agreement was struck in April 1998, which ended three decades of sectarian violence in Northern Ireland.

Many politicians and analysts agree that fury over the Brexit deal — which has left Northern Ireland inside the European Union’s single market and customs union, resulting in a regulatory “sea border” between it and the United Kingdom mainland — is the source of the rioting. Customs inspections are required under the Brexit agreement between London and Brussels on goods and agricultural produce to ensure compliance with EU standards.

The imposition of a sea border meant a land border between the two halves of Ireland could be avoided, which would have risked sparking a violent reaction from nationalists and the paramilitary Provisional IRA. The reverse has happened — an outcome that some Unionists warned was likely.