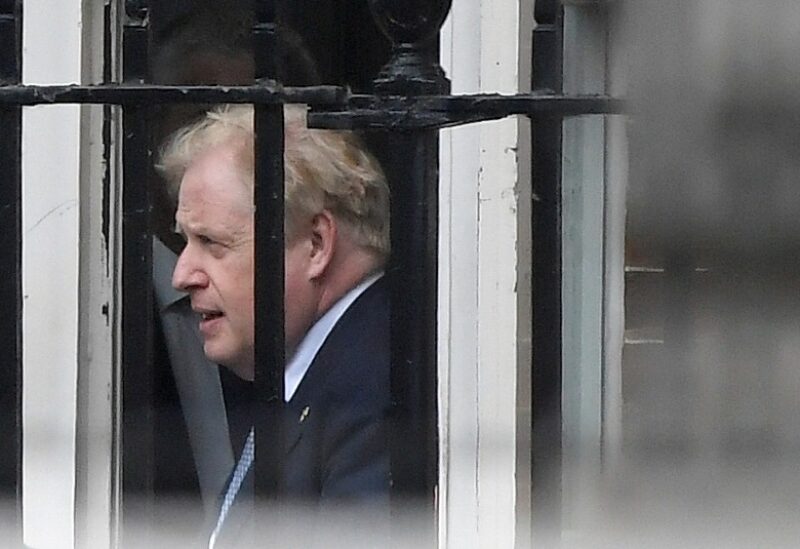 After threats to be toppled from within his own party, British Prime Minister Boris Johnson survived a no-confidence vote on Monday.

It means MPs cannot bring another such challenge for at least 12 months.

The under-pressure PM managed to garner the support of 211 out of 359 Conservative lawmakers, or 59% — a percentage lower than Johnson’s predecessor, Theresa May, received after a similar vote in 2018. Just over six months later, she resigned.

However, Johnson described the vote as a “decisive result” meaning that “as a government we can move on and focus on the stuff that I think really matters to people.”
Monday evening’s result was welcomed by some, including Chancellor Rishi Sunak.

“I am backing him today and will continue to back him,” the finance minister posted on Twitter. “Tomorrow we get back to work growing the economy and delivering better public services.”
But others said the outcome meant Johnson and his party had been rendered powerless by its divisions.

In the wake of the ballot, opposition leader Keir Starmer tweeted: “The choice is clearer than ever before: divided Tories propping up Boris Johnson with no plan to tackle the issues you are facing. Or a united Labour Party with a plan to fix the cost of living crisis and restore trust in politics.”
The beleaguered Johnson has been fighting off one controversy after another in recent months over revelations that he and his staff repeatedly held parties that flouted the country’s COVID-19 restrictions — rules Johnson’s government itself had imposed upon the public.

What were the mechanisms of the vote?
The vote was only held among lawmakers from Johnson’s ruling Conservative party, and not in parliament. It was triggered after 15% of all Tory MPs called for Johnson’s resignation.

Graham Brady, the chair of the 1922 Committee that represents backbench Conservatives, said in a statement that the threshold of 54 MPs seeking a confidence vote had “been exceeded.” However, 180 would have had to vote against Johnson in private for him to fall.

The ballot was held anonymously, though many chose to make their feelings known, either by letter or on social media.

Johnson was made aware of the outcome of the vote shortly before the public did.

No cell phones were permitted in Monday’s meeting after some lawmakers shared images during a no-confidence vote regarding former Prime Minister Theresa May’s leadership in 2018. May survived that vote, although some at the time called on her to resign, saying she had fared poorly enough to demonstrate she no longer carried broad Tory support.

By the rules of the 1922 Committee, a prime minister who survives such a vote cannot be challenged again within their own party for another year. A prime minister losing such a vote must step down as party leader and is unable to run in the leadership race their exit would trigger.

However, this process is entirely separate from the confidence votes that Johnson can in theory face at any time in the House of Commons. But there, the onus would be on the opposition to bring a motion of no-confidence, something that is not common when a governing party enjoys a large majority.

‘Partygate’ pressure increases
Earlier this year, what has become known as “partygate” led to Johnson becoming the first ever British prime minister found to have broken the law while still in office, receiving a small fine from police for the transgression.
As news of the parties came to light, Johnson first said he had not attended certain gatherings. Once it was clear he had been present, he then said that he did not think them to be parties but rather work events.

Writing to Conservative lawmakers ahead of Monday’s vote, Johnson defended his record. He said he had delivered Brexit, fought the pandemic and more recently shown support for Ukraine in the face of Russian aggression.

“Tonight we have the chance to end weeks of media speculation,” Johnson wrote, “and take this country forward, immediately, as one united party.”

Disgruntlement writ large
But the magnitude of party disunity was exposed on Monday morning in a scathing resignation letter the government’s Anti-Corruption Champion John Penrose, and an additional protest from longtime ally Jesse Norman.
The prime minister’s rebuttals over “partygate” were “grotesque,” Norman wrote. He warned that the Tories risked losing out at the next general election if Johnson remained at the helm.

Their signatures and others took the tally past the required mark of 54 Conservative MPs challenging Johnson within the party’s influential 1922 Committee. Some MPs had submitted letters to the Committee, but on the condition that they were not acted upon until after Queen Elizabeth’s Platinum Jubilee celebrations wrapped up on Sunday.

Also on Monday, ex-cabinet minister Jeremy Hunt, who lost to Johnson in the last leadership contest in 2019 and expected to run again if he is ultimately deposed, expressed his disappointment over Johnson’s tenure, confirming he would vote against him.

“The Conservative Party must now decide if it wishes to change its leader,” Hunt wrote. “Because of the situation in Ukraine this was not a debate I wanted to have now but under our rules we must do that.”

“Conservative MPs know in our hearts we are not giving the British people the leadership they deserve.”