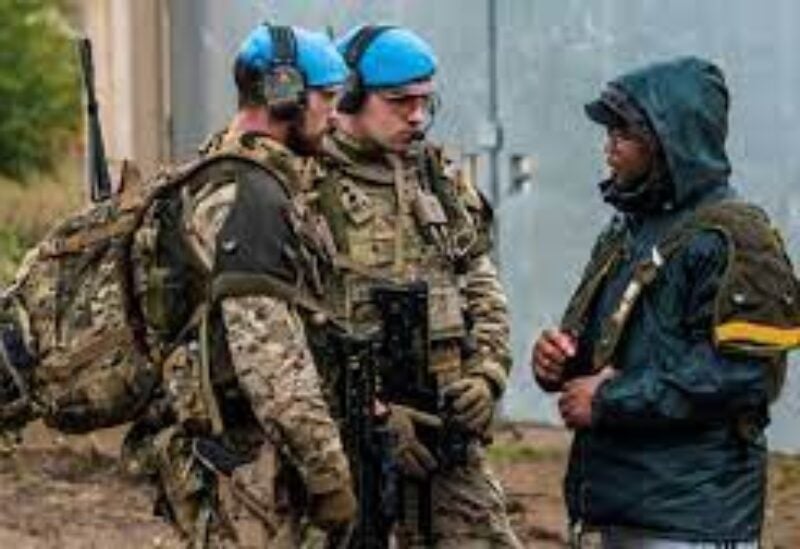 British troops operating in Mali have seized AK47 rifles and hundreds of rounds of ammunition hidden by Islamic State-linked terrorists.

The “cordon and search” operation was launched in early May at the border near Niger after intelligence showed extremists in the area and had been intimidating local communities.

Around 100 soldiers from the Light Dragoons and Royal Anglian Regiment were overcome challenging conditions, including 50C temperatures and a sandstorm, during the operation which was supported by a specialist Royal Engineer search team.

Their find included AK47 rifle, hundreds of rounds of ammunition, camouflage, mobile phones and hundreds of litres of fuel.

Fighters from Daesh-affiliated group Islamic State in the Greater Sahel (ISGS) fled across the River Niger before the peacekeepers arrived to the scene.

The ‘terrorist material’ was then destroyed by the UN Mine Action Service, UN Police, and Malian authorities.

The Ministry of Defence said the haul was the first of its kind since British soldiers were deployed to the region in December to stop attacks on local civilians.

“This operation is a tangible example of how UK soldiers, as part of the UN Force, are making a real difference to protect the people of Mali who are living in one of the most vulnerable regions in the world.”