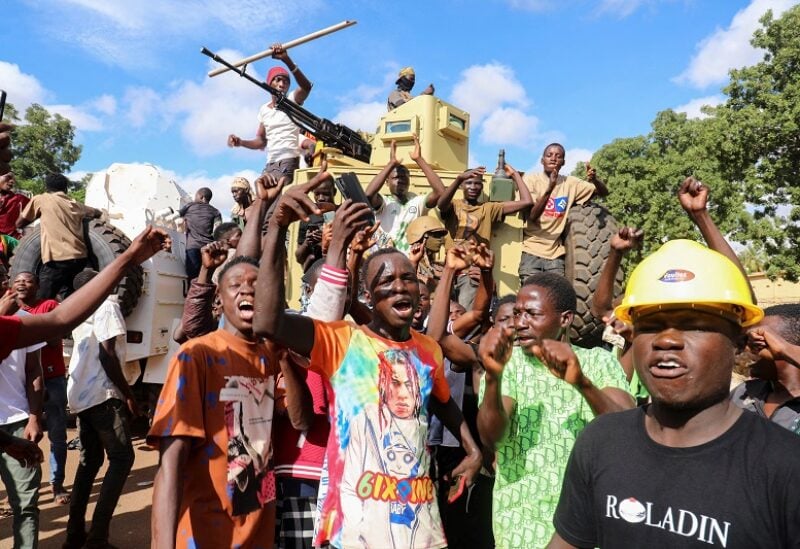 After days of fighting, Burkina Faso President Paul-Henri Damiba has handed his resignation to self-declared military leader Captain Ibrahim Traore.
There are splits in the army. Many soldiers are appearing to seek Russian support while influence of France, the former colonial power, wanes.

At least three separate videos shared on online on Saturday and Sunday showed Burkina Faso soldiers atop armoured personnel carriers, waving Russian flags, while the crowd around chanted “Russia! Russia!”. Reuters has not verified the videos.

Trarore’s team has urged people to stop attacks on the French embassy. The embassy was targetted by protester after an officer said France had sheltered Damiba at a French military base in the West African country

France’s Foreign Ministry denied that the base had hosted Damiba after his ouster on Friday.

“We want to inform the population that the situation is under control and order is being restored,” an army officer said in a statement broadcast on national television. Traore, an army captain, stood beside the officer and was flanked by other armed and masked soldiers.

Another statement said Traore would continue to act as president until the designation of a transitional civilian or military president in coming weeks.

Ouagadougou was mostly calm on Sunday after sporadic gunfire across the capital throughout Saturday between opposing army factions.

“We invite you to continue with your activities and refrain from all acts of violence and vandalism… notably that against the French embassy and the French military base,” the officer loyal to Traore said, urging people to remain calm.