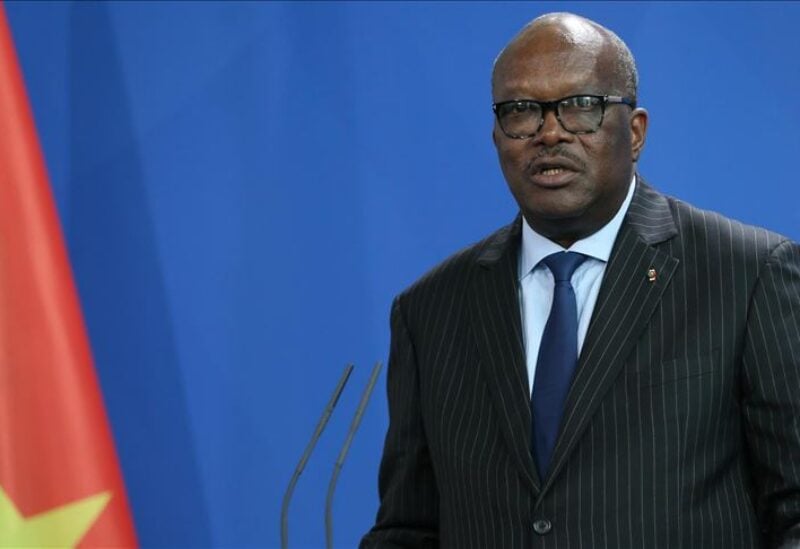 Mutinous soldiers have held Burkina Faso’s President Roch Marc Christian Kabore, two of the soldiers told The Associated Press by phone early Monday. They did not say where Kabore is being held, but said he is in a safe place.
Gunshots were heard late Sunday night near the president’s residence and in the early hours of Monday a battle took place at the presidential palace while a helicopter flew overhead. The roads of the capital were empty Sunday night except for checkpoints heavily guarded by mutinous soldiers.
State news station RTB was heavily guarded on Monday morning.
Fighting began on Sunday when soldiers took control of the Lamizana Sangoule military barracks in the capital, Ouagadougou. Civilians drove into town in a show of support for the rebellion but were broken up by security forces firing tear gas. The mutiny came a day after a public demonstration calling for Kabore’s resignation, the latest in a series of anti-Kabore protests as anger has mounted over his government’s handling of the Islamic insurgency.
The government has not made any statements since Sunday when Minister of Defense Aime Barthelemy Simpore told state broadcaster RTB that a few barracks had been affected by unrest not only in Ouagadougou but in other cities, too. He denied, however, that the president had been detained by the mutineers, even though Kabore’s whereabouts was unknown.
“Well, it’s a few barracks. There are not too many,” Simpore said.
Kabore had been leading Burkina Faso since being elected in 2015 after a popular uprising ousted longtime strongman President Blaise Compaore who was in power for nearly three decades. Kabore was reelected in November 2020 for another five-year term, however, frustration has been growing at his inability to stem the spread of jihadist violence across the country. Attacks linked to Al-Qaeda and the Daesh group are escalating, killing thousands and displacing more than an estimated 1.5 million people.
The military has suffered losses since the extremist violence began in 2016. In December more than 50 security forces were killed in the Sahel region and nine security forces were killed in the Center North region in November.
Angry mutinous soldiers told the AP that the government was disconnected from its forces in the field and that their colleagues were dying and they wanted military rule. The soldiers put a man on the phone who said that they were seeking better working conditions for Burkina Faso’s military amid the escalating fight against Islamic militants. Among their demands are increased manpower in the battle against extremists and better care for those wounded and the families of the dead.