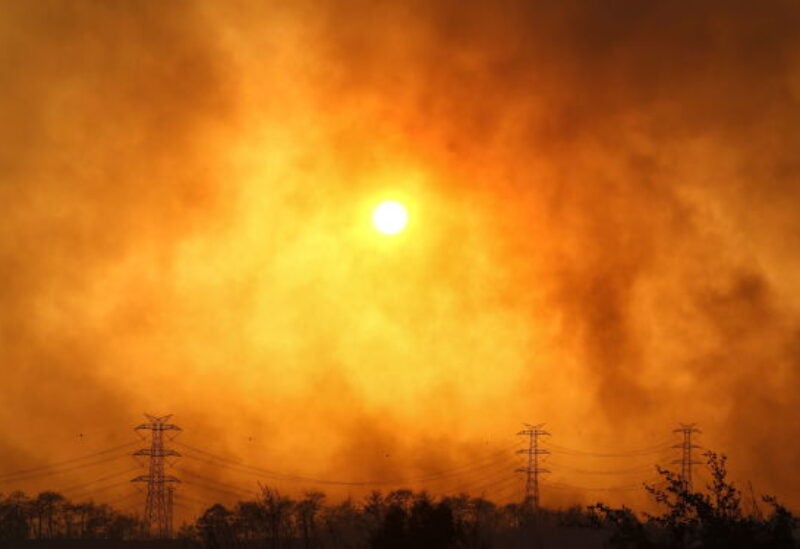 With almost 300 blazes and a total scorched area that is nine times the average of previous years, forest fires that raged across the Mediterranean for the past few weeks have brought levels of devastation to the Southern coast of Turkey not seen in decades. Blazes initially overwhelmed Turkish firefighters, and offers of support came flooding in from near and far.

The heavy toll on local communities was evident to all. Eight lives were lost and tens of thousands were evacuated as the flames approached villages and cities in Antalya, Muğla, Aydın, Isparta and Denizli. The economic impact on the tourism industry in places such as Manavgat, Marmaris and Bodrum only exacerbated the damages inflicted on this coastal paradise by the COVID-19 pandemic and global travel restrictions.

The environmental losses were no less heart-rending. In addition to the death of thousands of farm animals and countless trees, the delicate ecosystems that developed around pine forests and olive groves were also decimated. With the destruction of the habitats and ecosystem of the pine honey bees in Muğla, the bees may not return for decades.

The conditions that paved the way for these exceptional forest fires are all linked to climate change. Average temperatures in the northeastern Mediterranean have been rising steadily since the 1990s, opening the door for increasingly harsh heatwaves. Indeed, the recent heatwave is considered the hottest since the 1980s and featured Turkey’s highest temperature since 1961. The severe drought caused by reduced rainfall in the southern region of Turkey over the last two years has also left soils parched.

As the fires in the south of Turkey were extinguished, its north experienced a different climate disaster. Intense rainfall in the flood-prone Black Sea region has led to flash floods and landslides that killed tens of people in Kastamonu, Sinop and Bartin, left many unaccounted for, and destroyed buildings and bridges.

With climate change raising temperatures, decreasing rainfall and increasing rainfall variability around the Eastern Mediterranean, such heatwaves are forecast to increase further, the fire season is predicted to extend by two to six weeks, and the probability of intense rainfall events is expected to increase. As a result, both wildfires and flooding are likely to become more regular occurrences in Turkey.

Turkish officials are aware that their region is a climate change hotspot, and that the agriculture and tourism sectors are on the climate front line. The recent fires and flooding are likely to bring the issue into sharper focus still, stressing the need for investing in adaptive capacity and climate resilience.

However, Turkey has no access to international funding to support such investments. Despite having a GDP per capita below the world average, and despite being responsible for just 0.6 percent of historic carbon emissions, Turkey is not eligible for international climate finance due to its designation as an economy in transition by the United Nations Framework Convention on Climate Change (UNFCCC) almost 30 years ago.

This UNFCCC designation lies at the heart of Turkey’s ongoing climate conundrum. While countries with higher and comparable GDP per capita such as Bahrain, China, Malaysia, Argentina and Chile all benefit from climate funding, Turkey feels unfairly excluded. Yet it also feels the need to contribute to global efforts against climate change and to transition towards sustainable development.

In an attempt to resolve this dilemma, Turkey turned to self-funded climate actions that support its national priorities. It also signed the 2015 Paris Agreement, but decided to hold off its ratification as a bargaining chip in a bid to unlock much-needed climate finance.

Given its growing energy demand, its dependence on energy imports and its renewable energy potential, Turkey’s chosen climate actions unsurprisingly focused on energy, a sector where it has made impressive progress.

In just over a decade, Turkey increased the share of electricity generated using renewable energy sources such as hydropower, solar, wind and geothermal from 17 percent to 46 percent. Not only did it achieve its 2023 renewable energy target five years ahead of schedule but its combined solar, wind and geothermal capacity has also tripled in a decade, and is expected to grow by 10 percent every year until the end of the decade. Turkey is also on track to slow down the growth of its energy consumption by 2023.

To place this in a regional context, Morocco and Saudi Arabia – the two MENA countries with the most ambitious renewable energy targets today – both aim to source more than half of their electricity from renewable sources by the end of this decade, while the United Arab Emirates aims to source 44 percent of its electricity from renewables, but only by the middle of the century.

Yet, compared to its MENA neighbours, Turkey’s renewable energy efforts are often overlooked. The fact that Turkey is on track to meet its modest commitments under the Paris Agreement is usually dismissed by commentators, who instead point to its non-ratification of the agreement. Similarly, its ambitious reforestation plans to grow seven billion trees by 2023, and its successful Zero Waste Project hardly get a mention outside of Turkey.

Such lack of recognition of Turkey’s environmental efforts is partly due to its own actions. Its expansion of coal-powered electricity to replace imported natural gas and its goal to become a natural gas hub for Europe-bound exports, both appear to place geopolitics above the environment. Continuing to explore for natural gas in the Black Sea and the Mediterranean at a time when the cost of solar power in Turkey is among the lowest in the world has also left many observers perplexed.

Turkey’s messaging on its energy transition in its local media has not helped give it due credit either, as it focused on portraying its renewable energy capacity as a means to support energy independence, rather than clean sources that reduce carbon emissions.

Yet time is not on Turkey’s side, with its economic losses from climate impacts in 2017 already estimated at $2bn. Its dilemma is also about to get more complicated, as some effects create vicious cycles that fan the flames of climate change. The millions of tonnes of carbon dioxide emitted as smoke from the fires in Turkey alone were comparable to the total annual emissions of Palestine, while decreasing rainfall is also reducing electricity generation from hydropower dams, leading to more fossil fuel.

Turkey could continue to go it alone, but to meet the climate challenge it needs all the support it could get, and all the partnerships it could create. Turkey does not just need access to international finance and better cooperation with the European Union, but it also needs better collaboration with its Eastern Mediterranean neighbours who face the same climate risks.

The recently formed East Mediterranean Gas Forum has demonstrated that the conflict-ridden region could cooperate on issues of common benefit. This nucleus of collaboration could be expanded to a partnership that addresses common climate challenges.

Instead of focusing on natural gas exports to a European Union that is increasingly uninterested in buying it, the forum could play a more critical role if its scope was expanded to sectors such as clean energy, water and agriculture. It could also become a more effective and inclusive regional organisation if it included countries such as Turkey, Syria and Lebanon. Turkey in particular could play a positive role in the forum not only by leveraging its geographic location but also by sharing its experience in renewable energy and water management.

Just as Turkey and Greece turned to friends and neighbours for support to fight the blazes, the Eastern Mediterranean could mutually benefit from pooling resources and sharing knowledge. Fighting fires and tackling climate change together might even motivate old adversaries to set their differences aside, build trust, and chart a path for this ancient and beautiful region towards sustainable development.