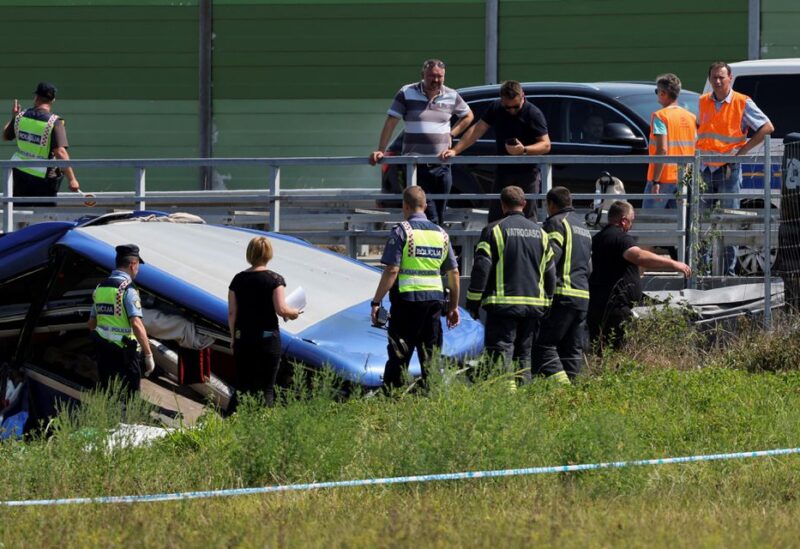 Rescuers work at the scene where a bus with Polish licence plates slipped off a road near Varazdin, northwestern Croatia, August 6, 2022

Twelve people were murdered in Croatia on Saturday when a Polish bus carrying religious pilgrims veered off the road and crashed near Varazdin, according to officials.

The collision occurred at 5:40 a.m. (0340 GMT) on the route between Varazdin, in northwest Croatia, and Zagreb, Croatia’s capital.

According to Croatian Health Minister Vili Beros, 19 persons are in critical condition.

The injured were being treated at five hospitals in Croatia, according to Marcin Przydacz, deputy head of the Polish Foreign Ministry, who was on his way to the scene on Saturday.

He stated that there were 44 Polish pilgrims, including two drivers, aboard the bus traveling from Poland to Medjugorje, a Roman Catholic shrine in southern Bosnia. Three priests and six nuns were among them, according to a ministry official.

After firemen and medical personnel retrieved all of the occupants of the vehicle with Warsaw registration plates, police removed the area where the accident occurred.