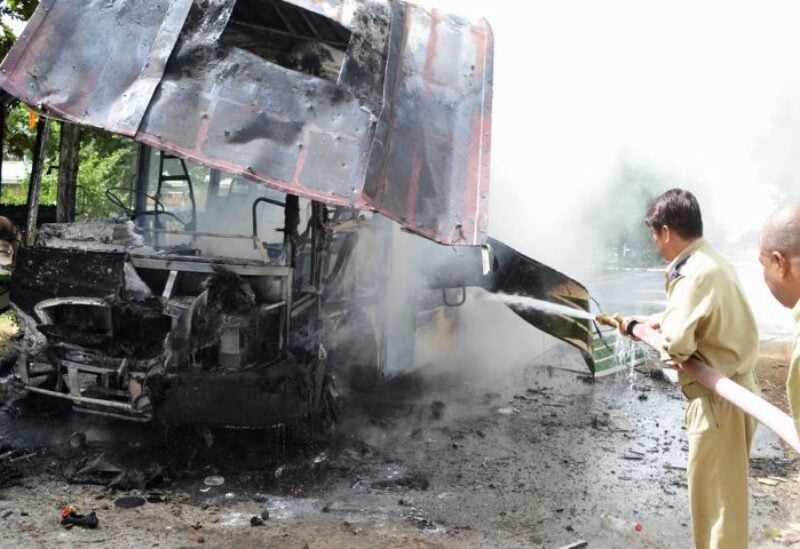 File photo of firefighters near a burning bus in Pakistan

At least 28 people were killed and 40 injured after a speeding bus carrying mostly laborers traveling home for a major Muslim holiday rammed into a container truck on a busy highway in central Pakistan on Monday, a police and rescue officials said.

The bus had left the city of Sialkot and was traveling on Taunsa Road; its destination was the city of Dera Ghazi Khan in eastern Punjab province, said senior police officer Hassan Javed. The exact cause of the accident is still under probe, he said.

Rescuers rushed with the dead and injured to a nearby hospital. According to Sher Khan who was in charge of the rescue team at the site, some of the injured were in critical condition. He said the passengers were traveling to their home district of Rajanpur to celebrate the upcoming Eid al-Adha feast.

Deadly accidents are common in Pakistan due to poor road infrastructure and disregard for traffic laws.