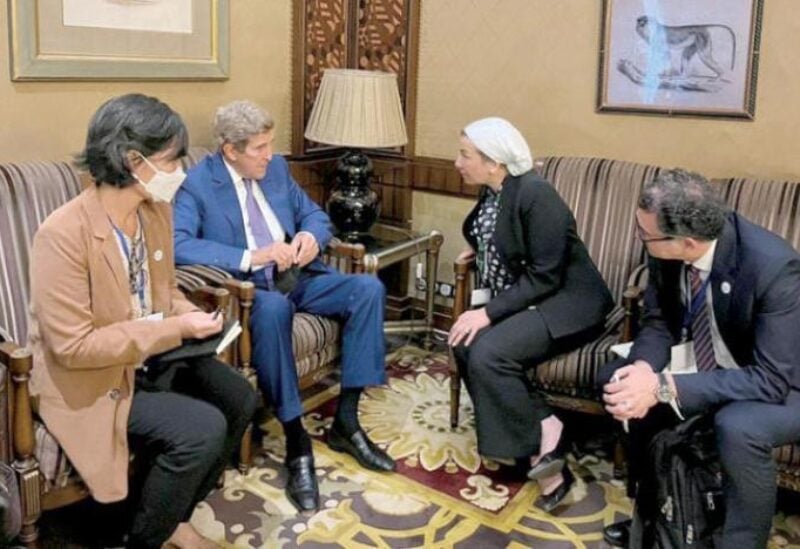 Egypt and the United States agreed on the importance of adapting to climate changes, especially in developing countries and the African continent.

This came during a meeting between US Special Presidential Envoy for Climate John Kerry and Egypt’s Environment Minister Yasmine Fouad on the sidelines of the 18th session of the African Ministerial Conference on the Environment (AMCEN) in Dakar, Senegal, on Saturday.

Kerry underlined the efforts exerted by the two sides to launch an initiative to adapt to climate changes on the sidelines of the upcoming COP27 climate summit.

He called for advancing climate action at COP27 as a conference for implementation, despite the current global challenges.

The envoy said he has coordinated with various countries and international organizations, such as the European Bank for Reconstruction and Development (EBRD) to implement Cairo’s ambitious program to increase 10 gigawatts of new and renewable energy.

Fouad, for her part, underscored the need for the US continuous support for Egypt’s “Nowfi” program.

The program is the link between food, water projects and energy, and aims to mobilize concessional development finance, technical support, and investments by the private sector for a package of priority green development projects within the framework of Egypt’s 2050 Comprehensive National Climate Strategy.

Fouad said the meeting tackled the expected outcomes of the COP27 United Nations Climate Change Conference 2022, which Egypt will host at the Red Sea resort of Sharm El-Sheikh in November.

The Minister stressed the need for developed countries to fulfill their commitments and work on doubling financing for adaptation, especially the Green Climate Fund and the Adaptation Fund, before the summit.

She also emphasized the need to come up with a special mitigation program to maintain the Earth’s temperature in the range of 1.5 degrees Celsius, in accordance with the recommendations and outcomes of the Glasgow Conference (COP26).