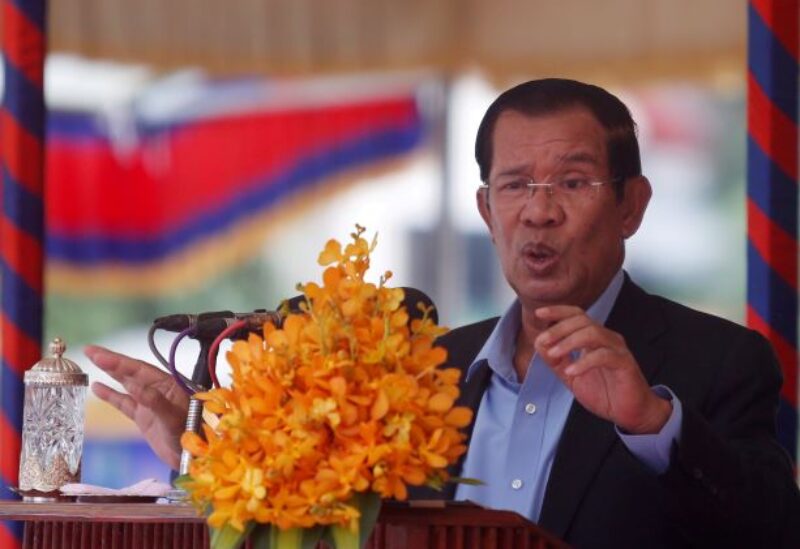 Cambodian Prime Minister Hun Sen, who has been in power for 36 years, backed his eldest son as his prospective successor on Thursday and supported the notion of building a political dynasty.

Hun Sen, who has presided over a wide assault on the opposition, civil society, and the media in the Southeast Asian country during the run-up to the 2018 elections, has previously stated that he intends to reign until he is compelled to step down.

Hun Manet, 44, graduated from the United States Military Academy at West Point in 1999 as a deputy commander of the Royal Cambodian Armed Forces (RCAF) and joint chief of staff.

“I announce today that I support my son to continue as prime minister, but it is through an election,” Hun Sen said in a speech in the coastal province of Preah Sihanouk.

Hun Manet also has a doctorate in economics from Britain’s Bristol University and Hun Sen defended the idea of establishing a political dynasty.

Hun Sen’s Cambodian People’s Party (CPP), which has been in power since 1979, holds every seat in the 125-member legislature after the main opposition was dissolved ahead of the 2018 election, accused of plotting to overthrow the government.

In June last year, Hun Sen said the ruling party would be a dominant force in politics for as long as a century, telling the opposition it should wait until the next life if it wants to take power.