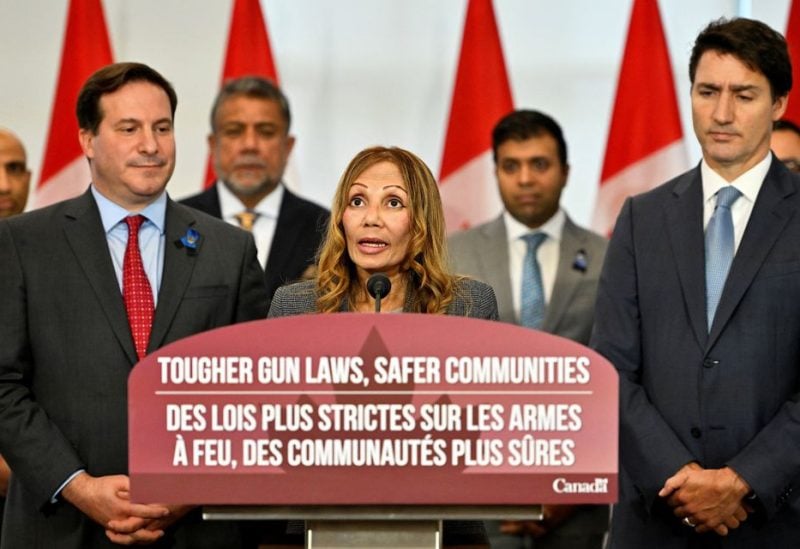 Regulations prohibiting the sale, purchase, or transfer of handguns within Canada went into effect on Friday, with Canadian Prime Minister Justin Trudeau stating that the legislation builds on previous attempts to limit handgun imports.

According to Trudeau’s office, the handgun freeze was announced in May alongside planned legislation that would establish the nation’s toughest gun control measures in 40 years as part of Trudeau’s commitment to combat gun violence.

But the freeze was criticized by the government of the western province of Alberta, which has previously said it will resist other gun control measures proposed by Ottawa.

“We have frozen the market for handguns in this country,” Trudeau said at a news conference in Surrey, British Columbia, attended by family members of gun violence victims and other advocates.

“As we see gun violence continue to rise… we have an obligation to take action,” Trudeau added. “Today our national handgun freeze is coming into force.”

Friday’s action stops people from buying, selling or transferring handguns within Canada, and prevents them from bringing newly acquired handguns into the country, according to the prime minister’s office.

Canadian Public Safety Minister Marco Mendicino called it the most significant action on gun violence in Canada in a generation.

Trudeau’s ruling Liberal government introduced bill C-21 to fight gun violence, and his office said Friday’s move will help “keep Canadians safe” while the legislation is debated. In August, it banned imports until the law passes.

“We’ve got to get that law passed as quickly as possible,” Mendicino said, speaking alongside Trudeau.

Under the executive action, any handgun applications submitted before Friday will still be processed, Trudeau’s office said.

“The federal government’s real goal is to scapegoat handgun owners and use wedge politics to appeal to a narrow base of voters who wish to see legal firearm ownership in this country eliminated entirely,” Shandro said in a statement.

Canada has stricter gun laws than the United States, but Canadians can own firearms with a license. Some firearms must also be registered.

Canada’s gun homicide rate is a fraction of the United States’ rate, 2020 data showed, but is still higher than other wealthy countries and has been rising, with handguns the main weapon used in the majority of firearm-related violent crimes between 2009 and 2020.