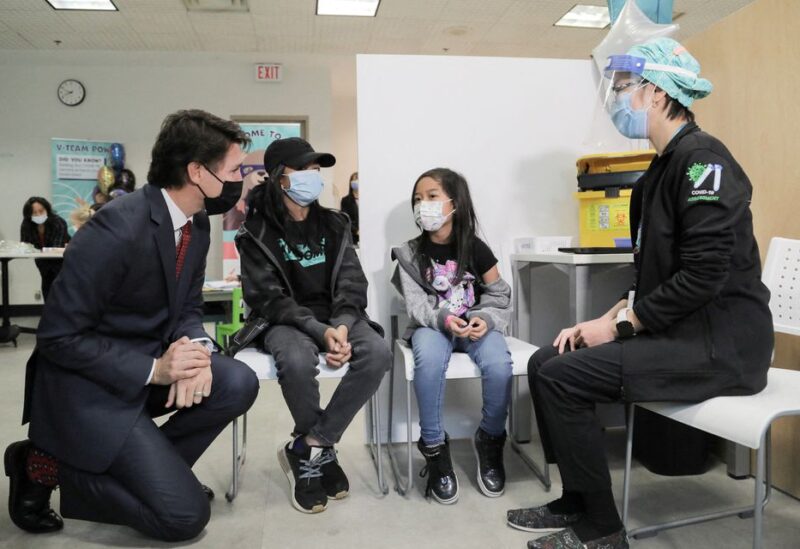 COVID-19 cases in Canada have started to increase and severity trends could also rise, Ottawa warned on Friday, saying the rapid spread of the Omicron variant abroad should be a “serious alarm bell” for those wanting to travel.

“As we head into the winter months with a strained health system in many areas … a high degree of caution is needed to minimize spread and impact, particularly during the upcoming holiday season,” said chief medical officer Theresa Tam.

Canada has so far recorded 87 COVID-19 cases caused by the Omicron variant, all of them asymptomatic or mild. Most of the initial cases detected were linked to recent international travelers or their close contacts.

Omicron has the potential to spread much faster than the highly transmissible Delta variant, which is responsible for most Canadian cases, Tam said.

“The trend in average daily case counts has shifted from decline to a gradual but steady increase,” she told a briefing. “With daily new cases increasing, there is concern that national severity trends could begin to rise again.”

The Omicron variant has been reported in 57 nations and the number of patients needing hospitalization is likely to rise as it spreads, the World Health Organization said on Wednesday.

“Things are happening very quickly outside of Canada. So if you think of traveling, that should be a serious alarm bell,” he said, adding that Canadians returning home “should expect delays and hassles”.

Canada is blocking entry to people who have recently been in 10 southern African nations and is requiring everyone arriving by air to take a COVID-19 test. The measure does not apply to flights from the United States.

Ottawa has not yet formally advised Canadians to avoid foreign travel, Duclos said, adding “that could come”.