Canada’s Conservatives set to embrace populist to take on Trudeau 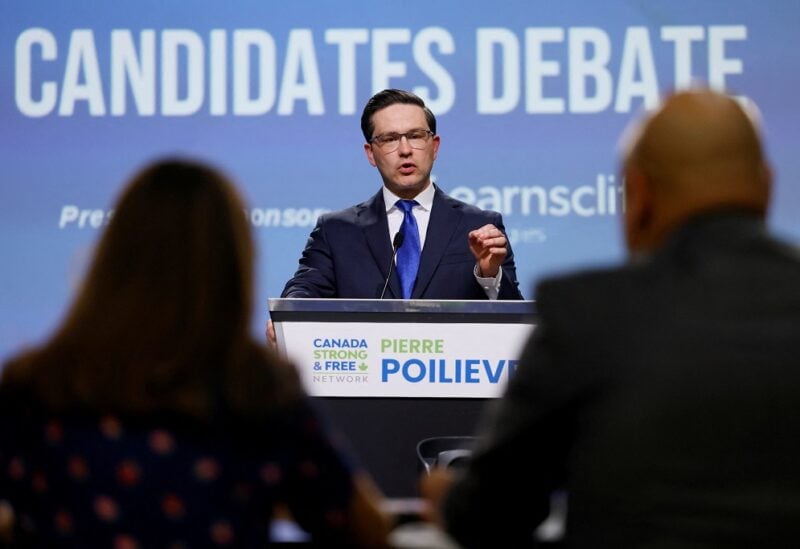 Next month, Canada’s Conservatives will elect a professional politician who has promised to dismiss the central bank governor and advocated bitcoin as an inflation hedge to become the party’s fourth leader since 2020.

After losing three consecutive elections to Liberal Justin Trudeau since 2015, the Conservative Party is looking for a leader like Pierre Poilievre, who is a great communicator and openly right-wing, according to one strategist who believes he will easily win.

According to his campaign, Poilievre, 43, has signed up more than 300,000 new Conservative supporters, more than the total number of party members who were eligible to vote in the last leadership race in 2020 and far more than his four rivals.

Poilievre’s campaign declined an interview for this story.

Poilievre’s main competitor is a more traditional Conservative from Quebec, Jean Charest, who has criticized Poilievre’s support for the anti-coronavirus vaccine protesters who occupied the capital earlier this year.

The Conservative party’s former leader, ousted in February, had tried to bring the party toward the political center.

“Pierre Poilievre is unapologetic for being conservative and espousing conservative principles, and that’s what the party and the caucus really wants right now,” Keller said.

The winner will be announced on Sept 10.

Poilievre, who represents a suburban area that includes parts of Ottawa, previously served as a Conservative minister for democratic reform, and then as minister for employment and social development until Trudeau, 50, took office.

Before running for leadership, he was largely known for his pointed attacks on the Liberal government in parliament. He has effectively used social media to rail against high inflation, which he calls #JustinFlation because he blames it on Trudeau’s spending, and his campaign rallies have been drawing large crowds.

“He’s a very good communicator,” said David Colletto, CEO of pollster Abacus Data. “That’s not a skill set that every political leader has.”

While Trudeau’s support from the left-wing New Democrats means an election could come as late as 2025, pollsters said Poilievre would be a formidable opponent, especially if Trudeau runs for a fourth time.

Some 55% of Canadians believe it is time for a change in government, including 16% of Liberals, according to an Angus Reid Institute poll from July.

“There’s a sense of fatigue with the government,” said Shachi Kurl, president of Angus Reid, and Poilievre is tapping into a growing sense of discontent.

“There is a level of disengagement and disenfranchisement today, and there are people… who are looking for something profoundly different, and Poilievre of represents all of those instincts,” she said.