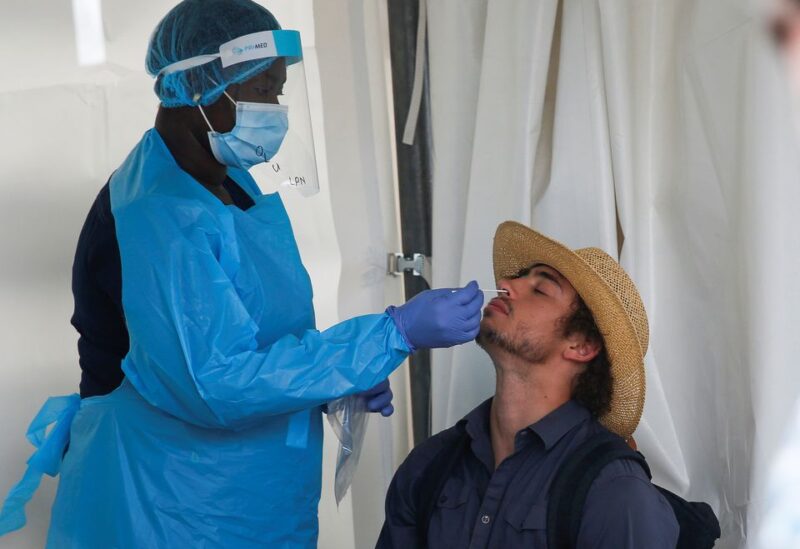 Some of those areas were spared in earlier waves of the pandemic and are now forced to contend with a widely spreading virulent strain of the coronavirus with fewer options at their disposal to deal with the surge.

Canada has high overall vaccination rates but pockets of hesitancy allow the virus to spread.

In Ontario, Canada’s most-populous province, the Sudbury health region about 250 miles (400 km) north of Toronto has tightened restrictions. Officials have brought back capacity limits in public spaces, requiring residentsto mask and provide proof of vaccination. Its COVID-19 recent case rate, at 164.7 per 100,000 as of Monday, is by far the highest in the province.

It has also seen positivity rates, the percentage of people tested for COVID-19 who test positive, spike to 4.43% as of Oct. 24. The provincial average that week was 1.56%.

Greater Sudbury has more than 160,000 people but less hospital capacity than the Toronto area.

“What’s particularly worrisome is the number of cases and the rapid rise of cases combined with the fact that we’re seeing cases kind of all over,” including about a quarter with no identified source, said Penny Sutcliffe, medical officer of health for Public Health Sudbury and Districts.

On Wednesday, Ontario paused plans to raise capacity limits at sites such as sex clubs “out of an abundance of caution.”

Sutcliffe said the increased transmission in her region could be linked to both an easing of restrictions and widespread COVID-19 fatigue: “We’re all tired of the pandemic and tired of having to take precautions.”

It is a fatigue felt elsewhere.

Yukon declared a state of emergency this week after announcing 80 COVID-19 cases in three days, bringing the total active cases to 169 in the territory of 43,000 people. About 22.1% of Yukon’s population is indigenous, compared with the national average of about 5%.

In Saskatchewan, the province’s far northwest region, which is home to multiple First Nations communities, had the highest COVID-19 infection rates this week. It also had the lowest vaccination rate as a percentage of the total population, government data showed.

In Alberta, the province’s relatively rural northern region that includes the oil sands hub of Fort McMurray had the highest hospitalization rate and the highest case rate as of early November.

This past summer, the Delta variant ran through crowded oil sands housing and a young population that did not see itself at risk of COVID-19, said Fort McMurray family doctor Raman Kumar.

“There’s more a sense of rugged individualism where people don’t necessarily rely as much on the government.”

Now, he said, he and his colleagues are tackling the “Three Cs” of vaccine hesitancy: quashing complacency and conspiracies and maximizing convenience.

“If someone comes in for a prescription refill, it’s always a really good opportunity to mention to someone: ‘Hey, did you get your vaccine?'”