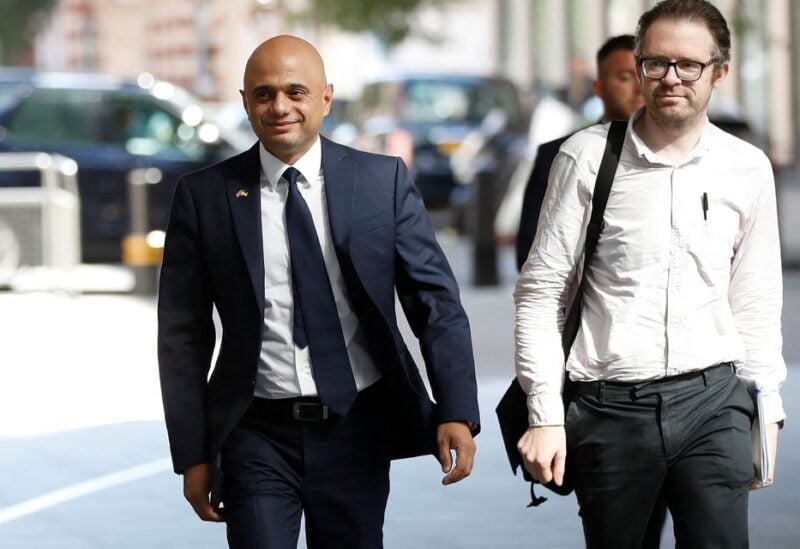 Sajid Javid, Conservative party leadership candidate walks at the BBC before appearing on the Sunday Morning with Sophie Raworth show, in London, Britain

On Sunday, five more contenders declared their desire to run to succeed British Prime Minister Boris Johnson, with many promising cheaper taxes and a fresh start after Johnson’s scandal-plagued administration.

Johnson announced his resignation as prime minister on Thursday, following a revolt among legislators and cabinet colleagues over his handling of a series of scandals, including violations of lockdown regulations in events at his Downing Street office.

He stated that he would remain in office until a new leader was elected.

According to a member of a Conservative Party committee that determines the criteria for leadership elections, the final result will be published in September.